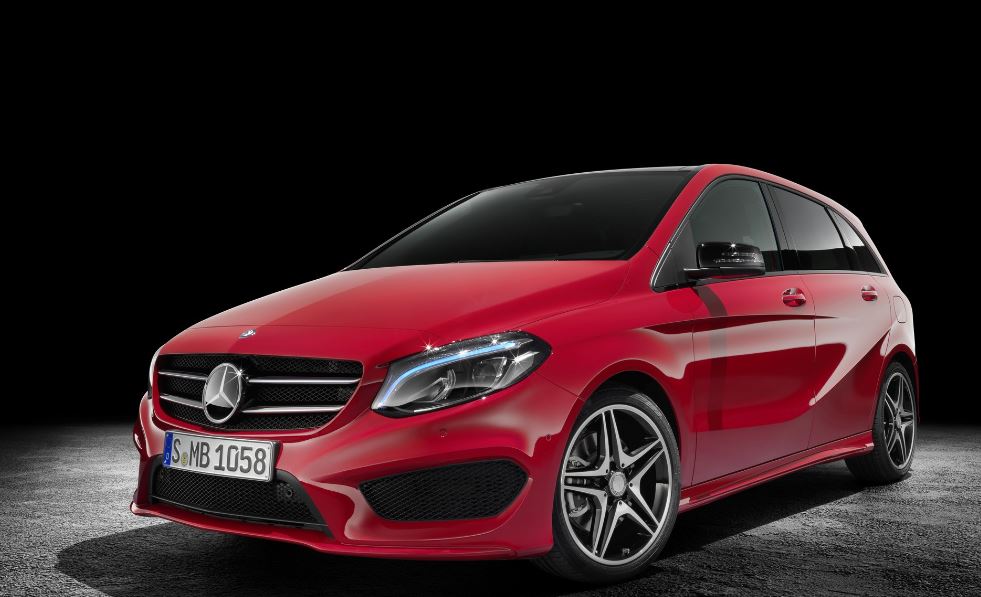 The Mercedes-Benz German based automaker has recently announced some details with the upcoming 2015 B-Class, before being officially presented to the public next month, at the 2014 Paris Motor Show.

First off, the 2015 Mercedes-Benz B-Class will come with some slight changes compared with the present model, tweaking and Audi-inspired look.

Noticeably, there is also a LED High Performance pack available at the front lights, which will cost you some extra money.

At the rear end, the 2015 Mercedes-Benz B-Class will come with LED bi-color taillights, new bumper that tweaks trapezoidal exhaust tips.

In the cabin, the 2015 B-Class is tweaked with a lot of technology, an eight-inch freestanding display, optional keyless and more.

In terms of safety, the 2015 Mercedes-Benz B-Class is also equipped with an updated system Collision Prevention Plus and the Attention Assist, which work between 37 and 124 mph.