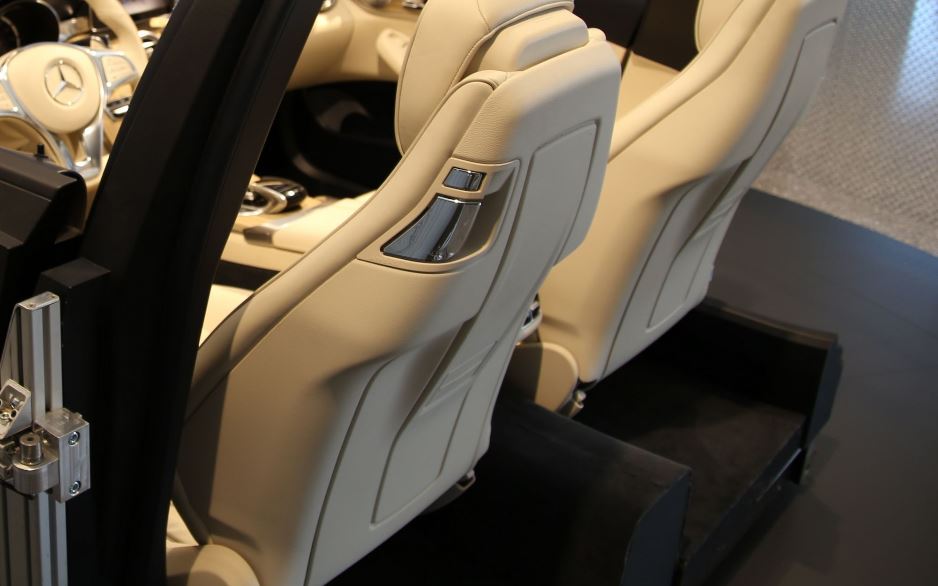 The Mercedes-Benz German luxury automaker is trying to tease us a little bit, as it has just launched online the first two pics with the cabin of the upcoming C-Class Cabrio.

After launching the Mercedes-Benz C-Class model last year, the German automaker is now working on new models and versions, which is also the case of the C-Class Cabrio.

The 2015 Mercedes-Benz C-Class Cabrio will be launched on the market under the A205 code name, with the model being caught on shots several times.

Now, we have the chance of seeing the 2015 Mercedes-Benz C-Class Cabrio “in flash”, with two pics, showing the car`s luxurious cabin.

The 2015 Mercedes-Benz C-Class Cabrio is surely to get the same engine lineup like its four-door sedan version, but we are still not sure if the Cabrio will also receive the ones seen on the AMG version.

We will surely know more in October, when the 2015 Mercedes-Benz C-Class Cabrio is believed to be introduced at the 2014 Paris Motors Show.