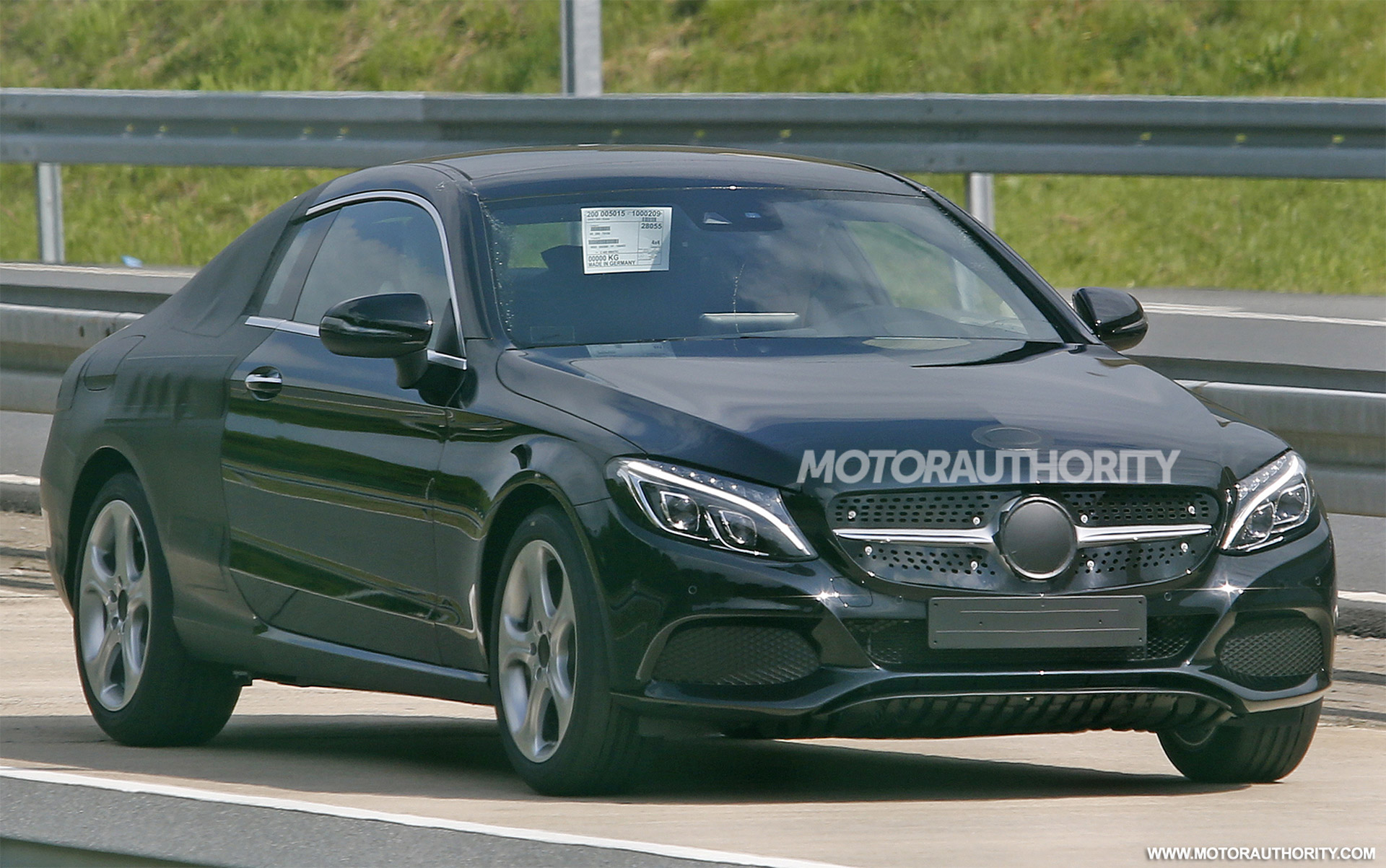 Mercedes-Benz is preparing the upcoming and long-expected 2016 C-Class Coupe for a world debut at the 2015 Frankfurt Auto Show, this September, but before the grand finale, some spy shots with the model have been revealed by Motor Authority.

As we can depict from the spy shots, the overall look of the 2016 Mercedes-Benz C-Class Coupe resembles the one seen on its sedan sibling, meaning that the coupe would also come with a sculpted body. But we should also expect a personality of its own, since the sides of the car are all wrapped in camouflage.

The 2016 Mercedes-Benz C-Class Coupe will be fully tweaked inside with a lot of high-end materials, while technology will also bring some new elements. Rumors state the engineers are trying to fit the entire C-Class with the all-digital dash, also seen on the S-Class.

More than that, the 2016 Merceeds-Benz C-Class Coupe will also underpin the carmaker`s new MRA platform, which will make use of a modular RWD layout. Later on, Mercedes-Benz will also introduce the 4Matic AWD.