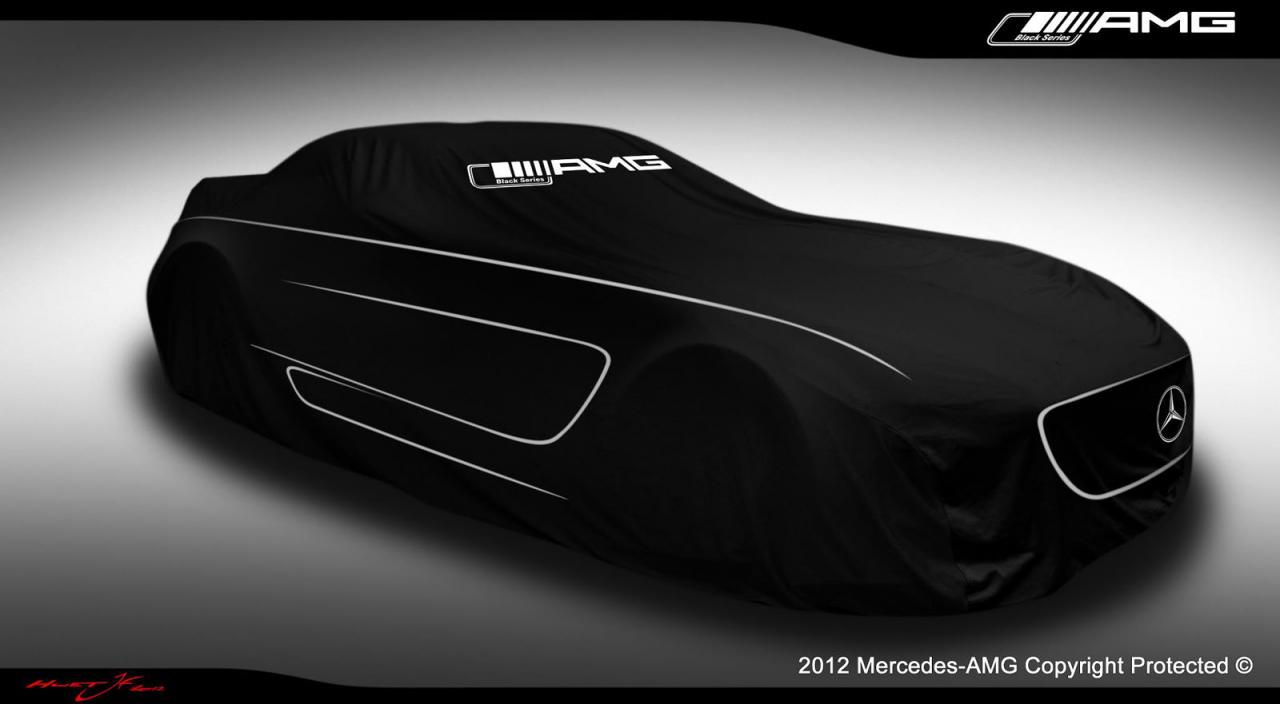 It seems that the waiting of the true Mercedes fans is finally over. The German car maker officially announced on Facebook that the new Mercedes SLS AMG Black Series will be revealed in less than 24 hours.

In order to make these hours pass faster, they released a teaser image for the new sports car, a model spied several times while testing at the Nurburgring circuit.

In terms of design, the new SLS AMG Black Series gets redesigned bumpers, side skirts, a large rear wing and new air intakes.

Power will be provided by a massive 6.3-liter V8 power plant capable to produce 630 horsepower which makes the acceleration from 0 to 100 km/h possible in just 3,4 seconds.

“Anticipation is supposed to be the greatest joy. But don’t worry, Mercedes-AMG will not wait until Christmas to unwrap this gift. The mystery about the latest Mercedes-AMG model will be disclosed soon,” adds Mercedes on Facebook.

In conclusion, stay tuned as we will provide all the information on the new German supercar as soon as they become available.