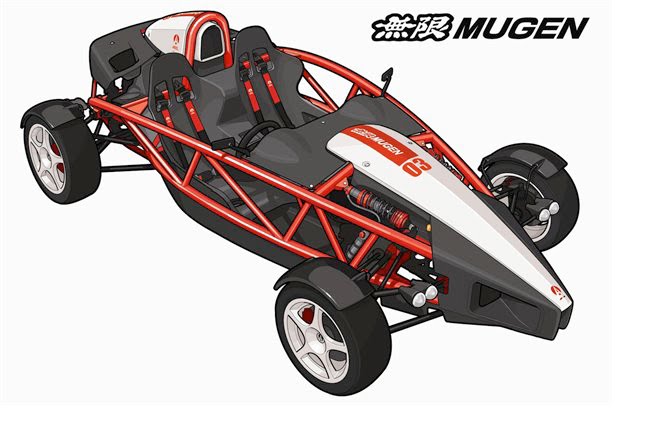 The Ariel Atom is probably the best compromise between price and performance.

What started out in life as a trackday vehicle grew to become a full fledged road car and eventually became the star of Top Gear and many other motoring themed TV Shows.

Since the beginning of its life, the Ariel Atom was a British “shed-built” car that used a wide array of Honda engines. The combination is as much of a success as you can get.

There is one thing however, Honda has a tuning company that takes performance seriously. About as serious as the Brits at Ariel take their lack of a body work.

The Atom was about to turn 10 and Mugen had some spare time so guess what happened when these two bits of information were combined.

Ariel created the Atom’s 10 year of existence celebratory model. The Ariel Atom Mugen model will be the track focused beast it originally was but with a twist.

The new heart will be a Honda engine tuned by Mugen. The K20Z 2.0 liter naturally aspirated unit will develop no less than 270 horsepower with the help of i-VTEC technology.

Sadly, for now we have no more than a teaser image but a whole boatload of them teamed with full specs on the Ariel Atom Mugen should emerge soon.

One thought on “Ariel Atom turns 10”