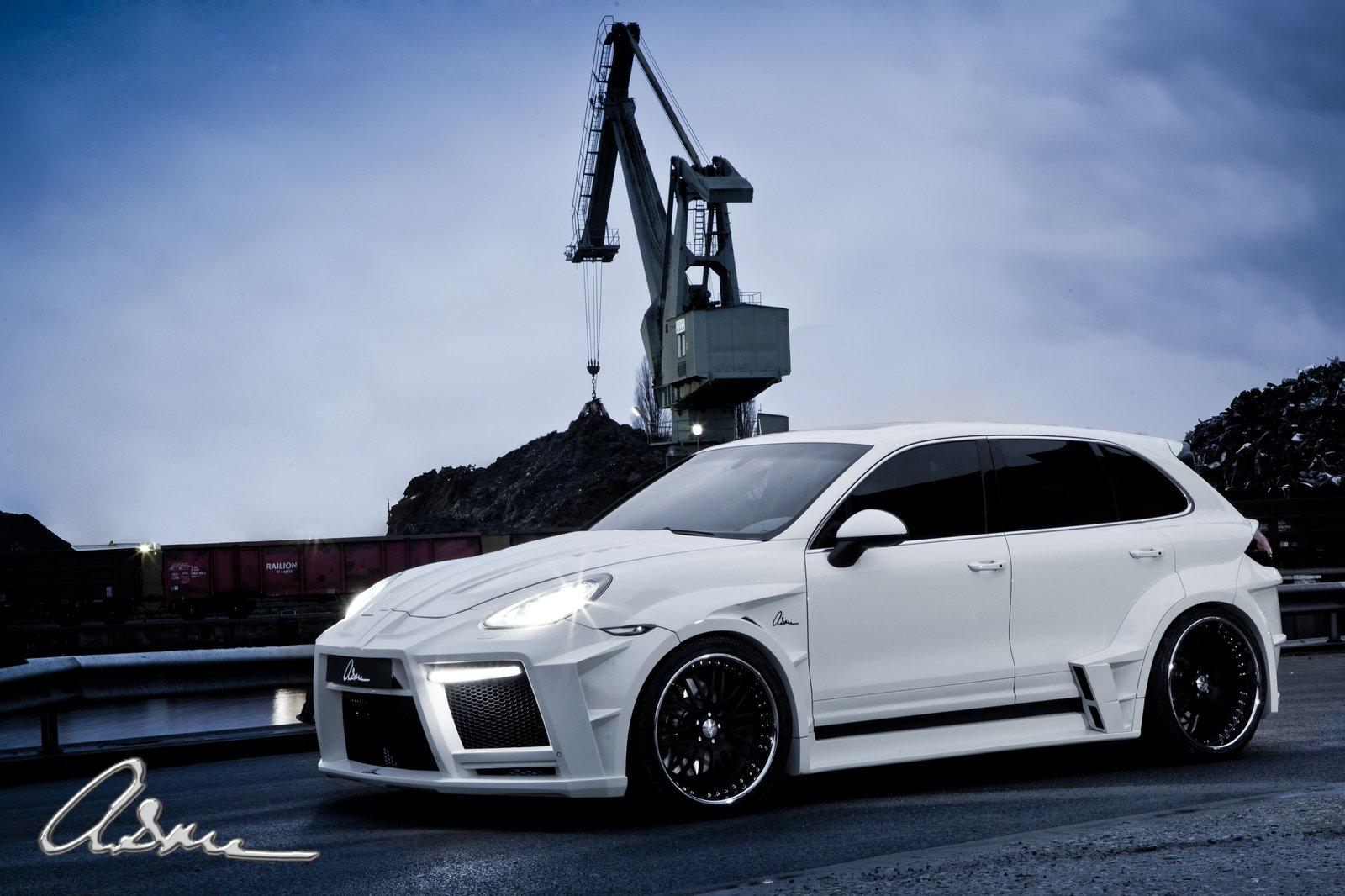 ASMA Design is a tuner I’ve never heard of until now and one i doubt is familiar to many of you either. Nevertheless, they have quite the product to announce.

Having spent some time in their shop (probably sniffing petrol and anti-freeze) they’ve come up with a special tuning kit for the Porsche Cayenne Turbo.

The massively large and ugly German SUV underwent substantial modifications and came out the other side looking considerably… uglier.

A Porsche Cayenne Turbo is one ridiculously fast car, even despite its enormous bulk and height for anything that’s even remotely sporty.

I’m afraid the new restyled body kit AMSA fitted really needs that sort of speed to get away. They haven’t helped the performance along so you’ll be seen quite a lot in embarrassment.

The front end of the Porsche Cayenne Turbo wasn’t really that bad looking but once ASMA had a stab at it it became worse than usual. The oversized vents, added lines, creases and LED lights certainly don’t help.

This cartoon theme continues pretty much all around the ASMA Porsche Cayenne Turbo and even though I don’t like it one bit I will concede this:

That tricked out SUV will attract a lot of attention wherever it’s going. It may not be the good sort of attention but it’s undeniably a head turning machine.

It should also be a favorite of osteopaths as the 22 inch alloy wheels don’t seem to have that much tire on it. Suspension give plays a part but it certainly can’t help that big a giveaway.