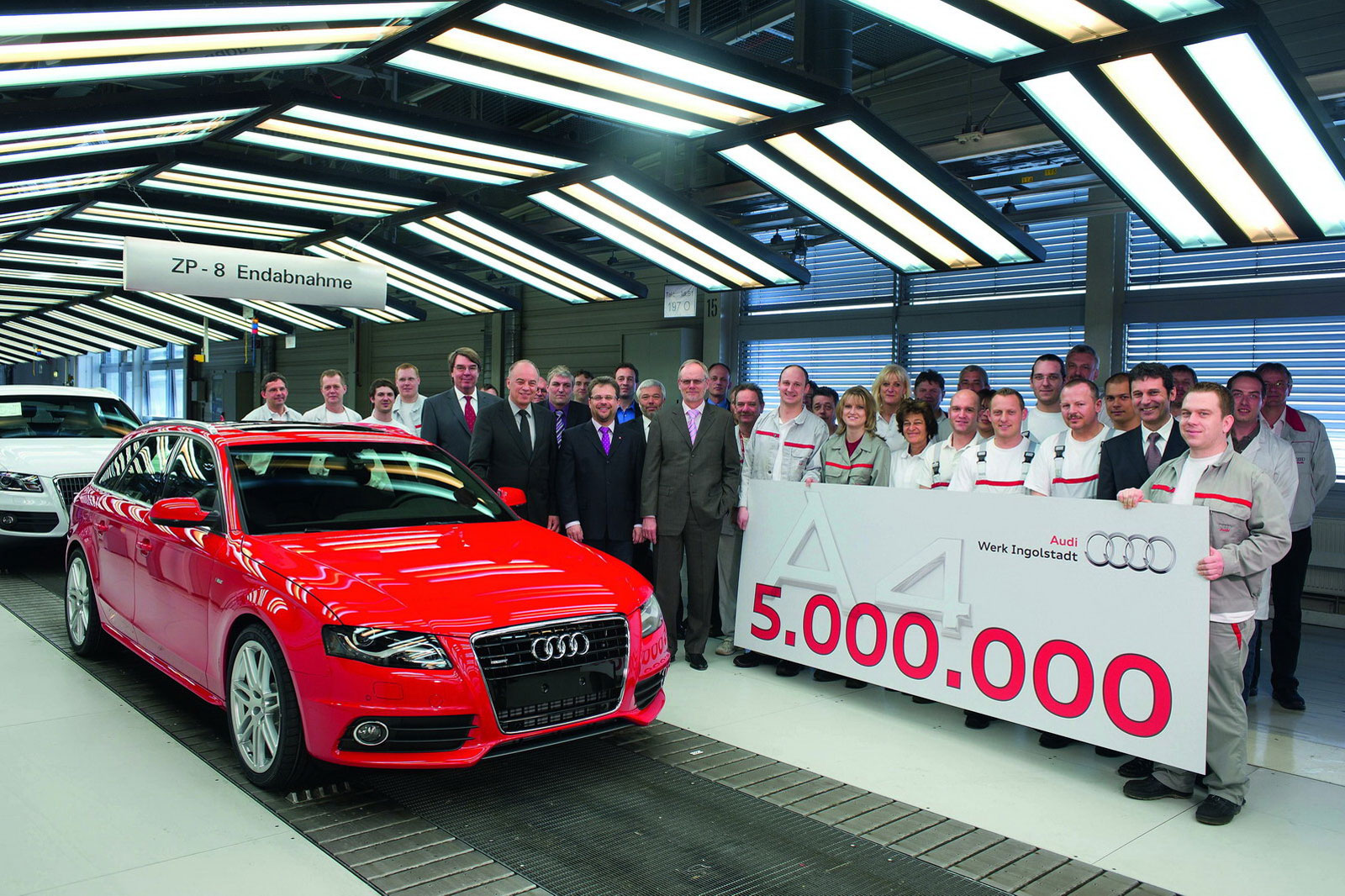 In going for the selling award, checking competition and attempting technological progress, one may easily forget their past achievements.

Audi isn’t part of that crowd, they being typically German, boring and they refuse to take part in the April Fools’ Day like BMW did with the M3 pickup.

The Ingolstadt crowd prefer to give us some numbers on their current achievements, the production of the Audi A4 for example.

It seems that today, the Audi A4 lineup reaches five million units rolled off the line. This impressive figure includes production from both the Ingolstadt plant as well as the newer Neckarsulm.

Production of the Audi A4 stretches all the way to 1994 and it is spread over a series which includes body shapes such as the A4 Sedan, A4 Avant, A4 allroad quattro, S4 Sedan and S4 Avant.

As you’d imagine, Audi has no plans to kill it off because the A4 and all of its derivatives are bread and butter products for them.

The lucky figure of 5.000.000 came to be stamped on a Misano Red colored Audi A4 Avant station wagon which was built in their hometown plant at Ingolstadt.