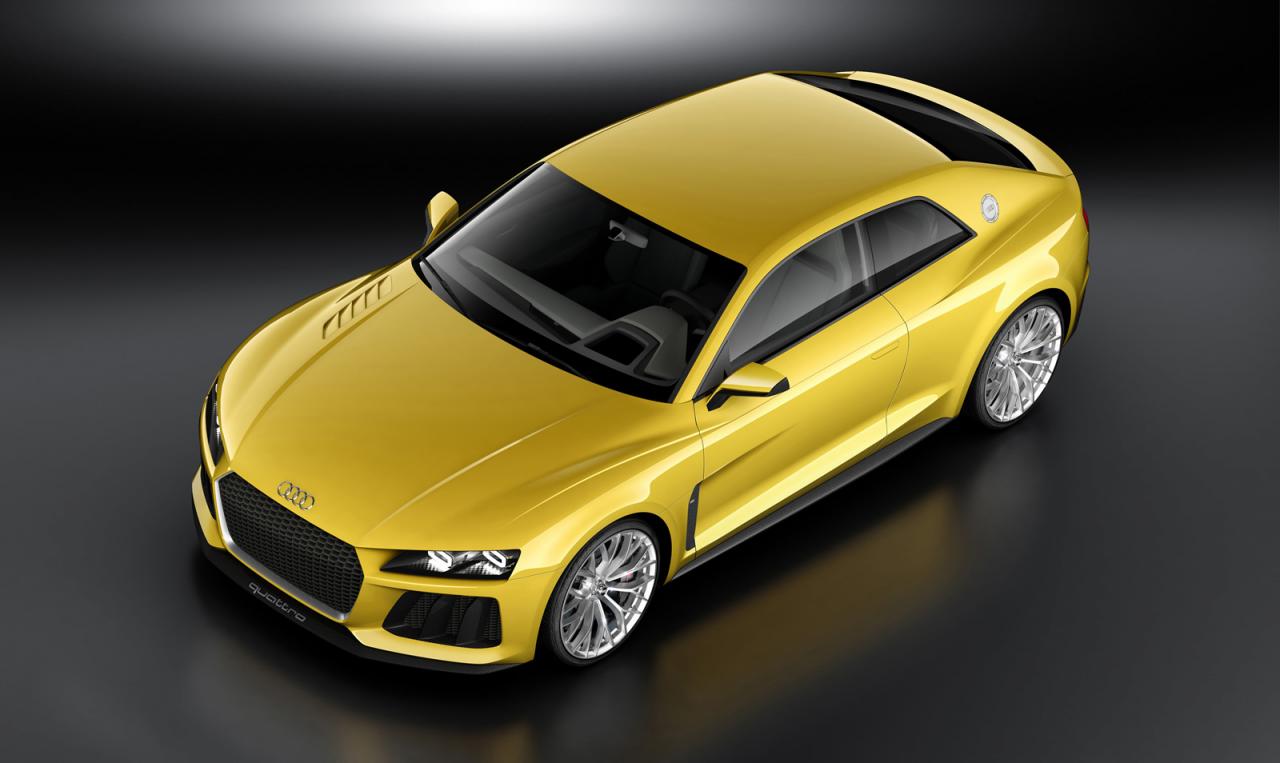 The Audi Sport Quattro Concept, a prototype which will be seen next week at the Frankfurt Motor Show, is officially unveiled today by the German carmaker. It comes with a powerful 4.0-liter twin-turbo V8 producing 560 horsepower and 700Nm of torque while an electric motor adds an extra 150 horses.

If the previous Audi Quattro concept didn’t reached production, we hope the story will change with the new Audi Sport Quattro Concept.