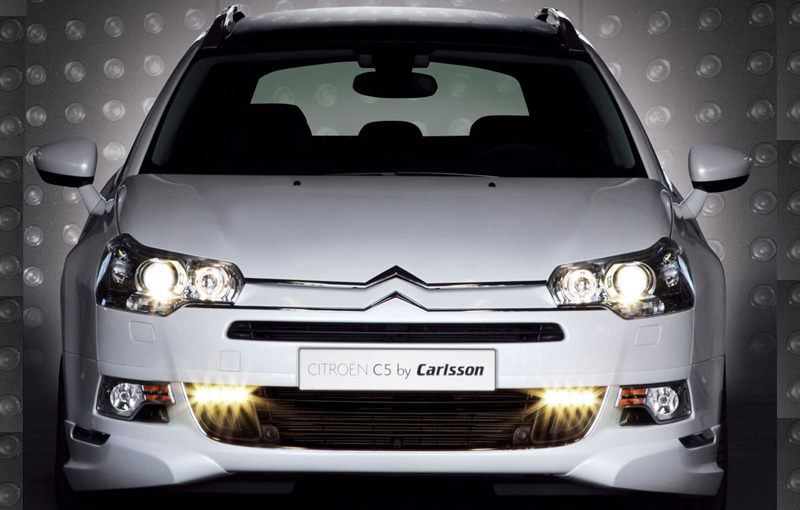 The French model has received a tuning kit from Carlsson German house, which is specializated in modifying Mercedes models. Germans have changed the appearance of the Citroen C5.

Leipzig Motor Show saw a more unusual first came from the tuner Carlsson. The tuning house specializated in change of German models chose to use their imagination and creative spirit in a French saloon. It’s the new Citroen C5, which has a particular aesthetic package, developed by Carlsson and by the French manufacturer.

Available for both body variants of the model, the tuning kit comes with a new front spoiler, with an extension to the rear bumper and LED lights, embedded in the front air intake. The appearance is accomplished using a set of 19 inch alloy wheels and dual chrome tailpipes. The tuning package can be ordered only with HDi diesel 165 and 240 hp engines and with the petrol unit capable to develop 155 horses.