Carlsson CK63 RS is unveiled as one nasty AMG 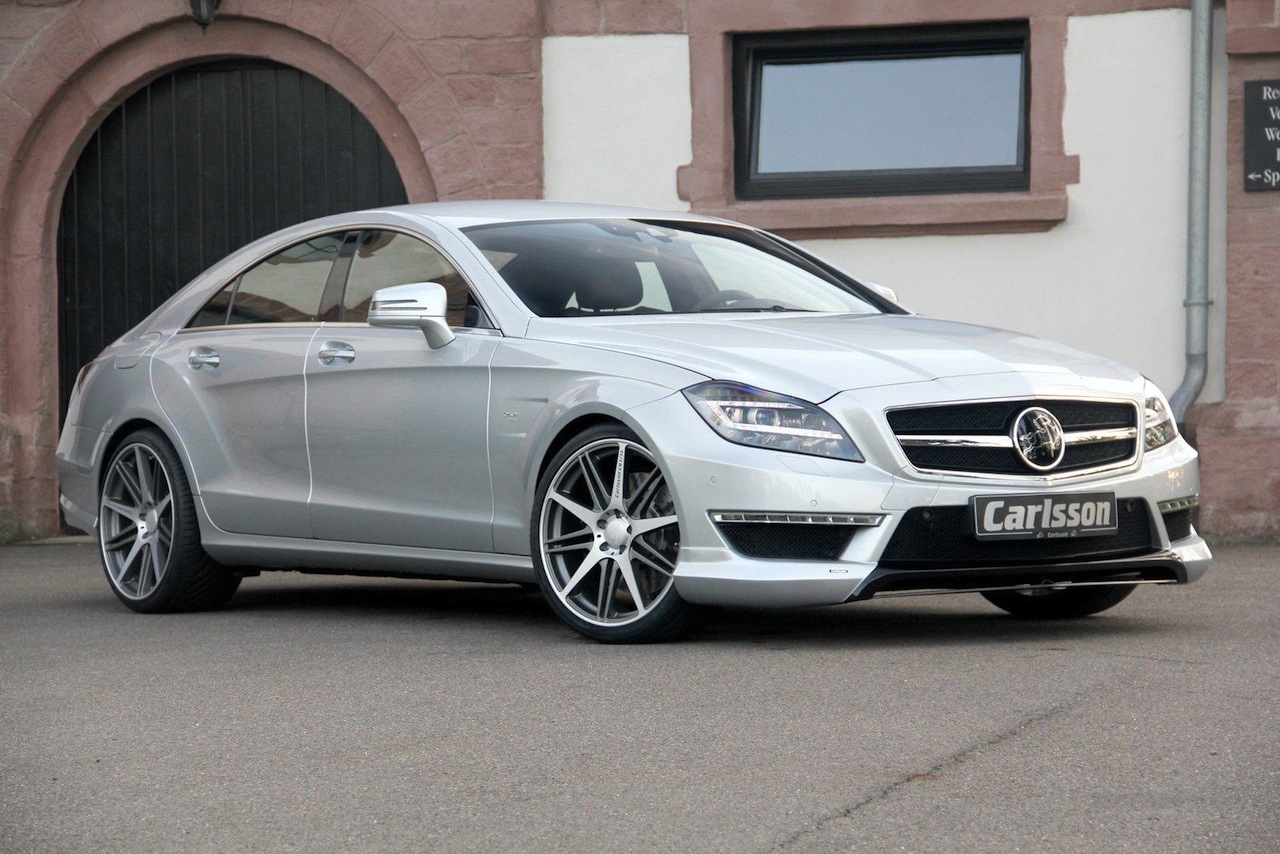 It’s not really a general rule, but most AMG prepped Mercedes models can easily be labeled as over-powered in most circumstances.

The recently unveiled Mercedes CLS 63 AMG is no exception to this rule but, as ever, that’s not stopping any German tuner from putting more power under its bonnet.

The fine example we see here is called the Carlsson CK63 RS and while it is based and looks like the aforementioned Mercedes model, the two are worlds apart.

To begin with, the engine gets a bit of a makeover. The standard 5.5 liter twin-turbocharged V8 developing 550 horsepower and 590 pound-feet of torque is still there, but wearing a new suit, with a bit of lipo done and wearing a sharper suit.

Thanks to Carlsson’s as of yet untold mods, it now pushes out a considerably enhanced 649 horsepower without having the torque figure suffer so you still get the thrusty 590 lb-ft.

The added power drops the 0 to 62 time by 0.3 seconds and makes reaching the (still) electronically limited top speed of 155 mph quite a lot faster.

While Carlsson isn’t telling anybody else you have a CK63 RS they are pretty keen on reminding you of that as they’ve covered the interior in special leather, Alcantara, root wood, carbon fiber and, according to some reports, the kitchen sink.

Really, this is the ultimate sleeper car right now, and it’s weird since Mercedes don’t have a reputation for being that discrete.