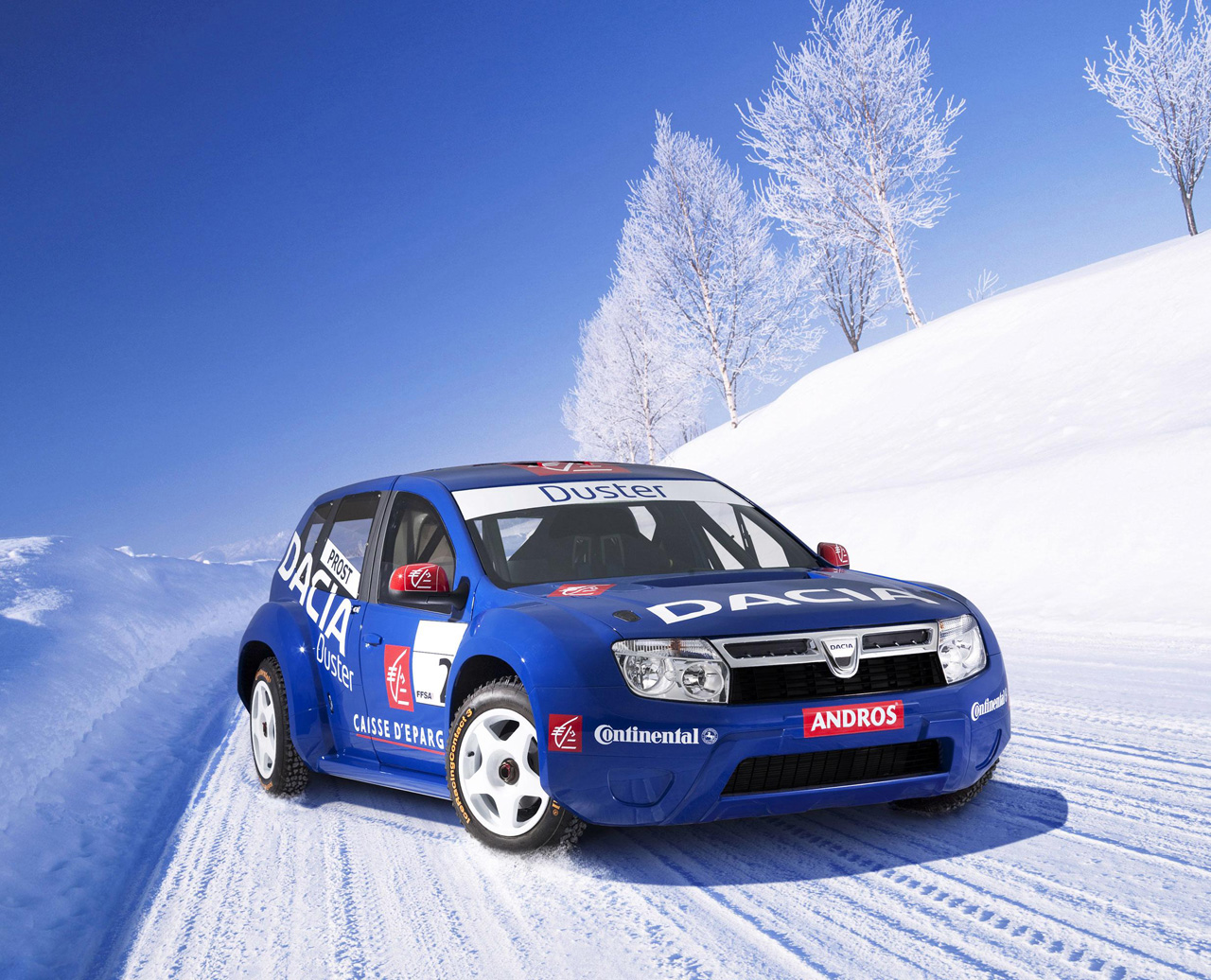 Dacia is a low-cost Romanian brand that’s under Renault’s umbrella and over the last few years it’s been doing rather well.

Actually, it’s been doing almost excellently as the recent economic crisis really helped its sales due to more and more people looking for a bargain on a car.

Their latest product is an SUV called the Duster and to be honest, it’s not the first car you think of when you take up motorsports.

That’s about to change because there are big plans for it. The plan actually refers to its motorsport equivalent, the Dacia Duster Andros Trophy.

This car has been racing around France’s ice racing series with a reasonable amount of success. Since the series attracts names like Olivier Panis, Jacques Villeneuve and Alain Prost, you can imagine it’s not exactly something amateurish.

But the big news is in how Dacia plans to take a chassis and for wheel drive drivetrain from the Duster and team it up with a much better engine in order to run it at Pikes Peak.

Since Renault don’t really have any engine ready to take on the infamous and difficult Pikes Peak challenge, Dacia will be resorting to the French company’s partner, Nissan.

In what sounds like one of the greatest surprises of the year, Dacia plans to shove the 3.7 liter twin turbo V6 engine from the Nissan GT-R into the Duster, tune it up and take it to Pikes Peak. In truth, it’ll actually be Tork Engineering who does that.

The projected stats for this car come in at some 850 horsepower and a weight of less than 2.000 lbs. This sort of stuff would allow the Pikes Peak version of the Dacia Duster to have a power to weight figure of almost 1000 horsepower per ton.