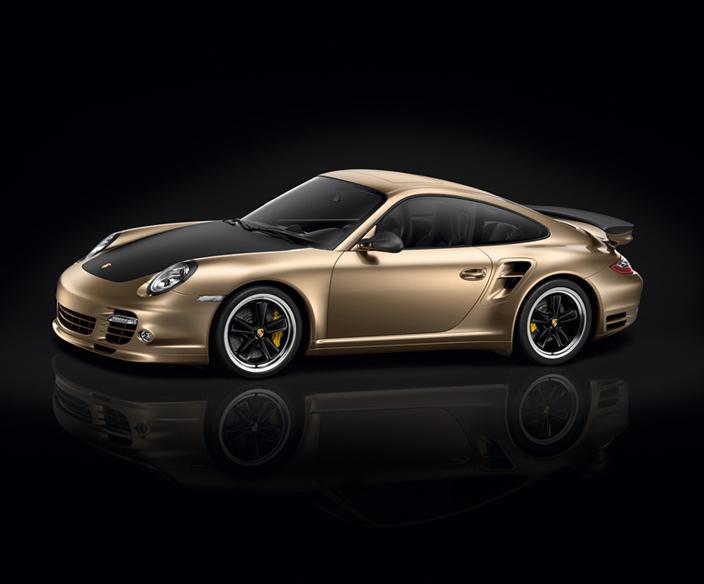 China’s automotive enthusiasts suffered for decades, forced to drive rubbish copies of other cars that are simply built like appliances but that been changing recently.

Most of the major manufacturers have stepped into the market and many of them even have plants built in the region and have found it to be one of their best markets.

As one of the earlier participants, Porsche has such a history that Germans are now celebrating 10 years of presence in the People’s Republic with a special edition car.

The special edition vehicle on hand is the 2011 Porsche 911 Turbo S will be limited to a production run of just 10 units.

Possibly a little kitschy in design, the least you can say about this new version of the 2011 Porsche 911 Turbo is that it is a striking vehicle.

Getting yourself one of these special force-fed 911s will be costing around the 3.488.000 RMB which is the equivalent of just over half a million (540.000) dollars at today’s exchange rates.

For this sort of money you get what we already know you’re getting a 2011 Porsche 911 Turbo S standard model, with some added visual improvements and not much else really going on.

That means that the performance levels are the same as just about any other Porsche 911 Turbo S where the power is provided by a turbocharged 3.8 liter six-cylinder engine with 530 horsepower and 516 lb-ft of torque.

Other important aspects of the anniversary edition Turbo S are also standard, including the seven-speed PDK dual-clutch transmission.

Focusing on what you do get for your money, there’s a gold finish for the paint and some added carbon fiber parts that get painted in a high gloss black.

Making for a nice overall contrast feel, the hood, the side view mirrors, the spoiler and the brand new 19″ Fuchs alloys are part of a new aerodynamic kit.

For the interior still much hasn’t changed, but the little that has makes a difference. We’re talking about black instrument dials with golden inserts, special carbon fiber trim and an overall leather and Alcantara.

Contributing to the effect and making sure everybody knows just what a special car you’re driving, every single one of the 10 2011 Porsche 911 Turbo S cars will be getting special badging.

Apart from the Germans at Porsche creating this they will also be opening some new Centers in Taizhou, Zhengzhou, Haikou and Chengdu Airport.