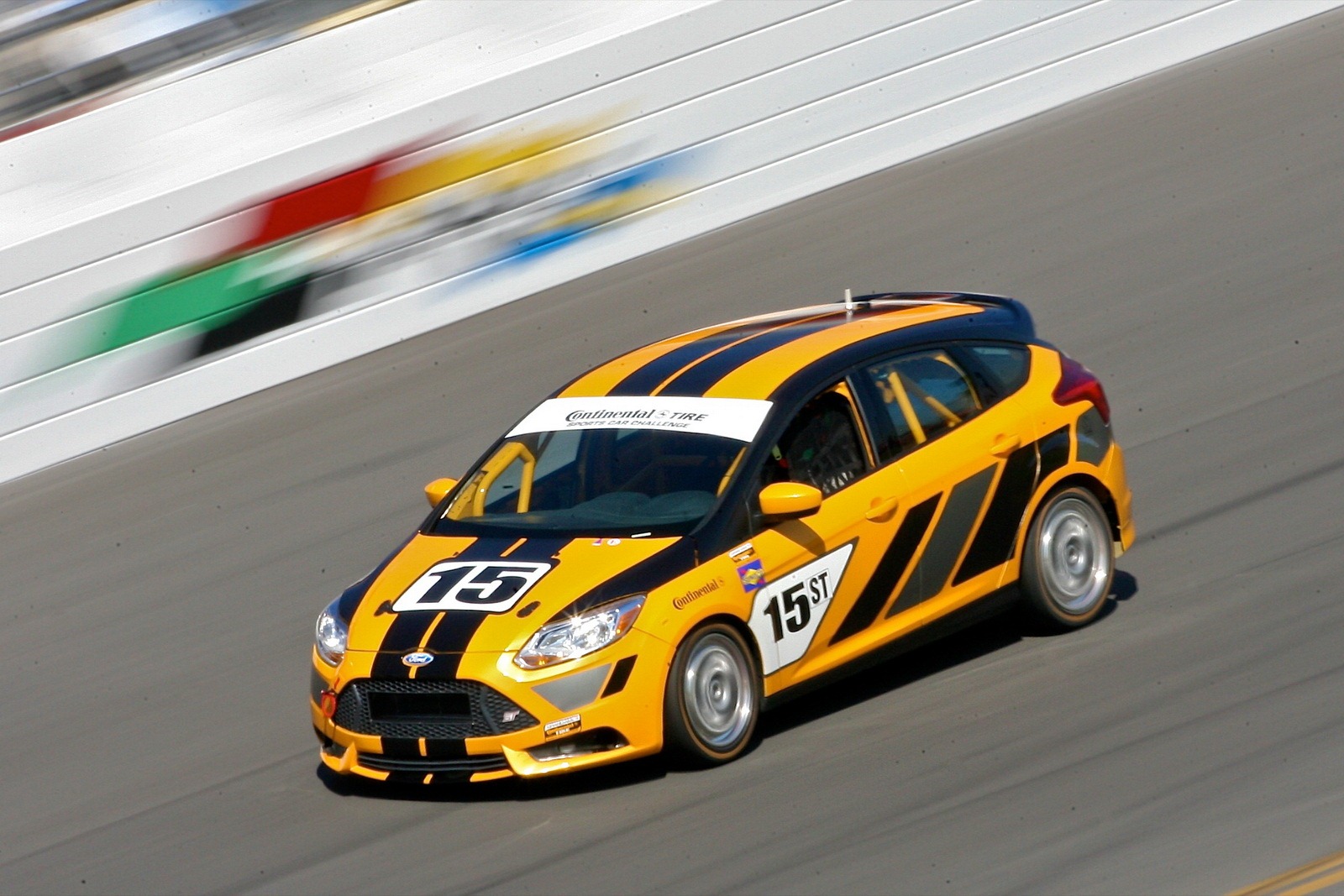 Ford is getting ever more serious about racing its cars and since the Focus is one of its star players, it couldn’t keep it off the track for much longer.

After an original debut at the Frankfurt Motor Show last year, the Ford Focus ST-R, the racing version of their hatchback, is now looking at a different sort.

This time there’s no squeaky clean display stand, there’s no pretty girl standing near it and the engine in it will get some hell as it’s a racing debut.

The special event will happen on the infamous Daytona Motor Speedway the day they hold the Daytona Grand-Am 200. Along side this announcement there’s plenty of self promotion coming from Ford about the Focus ST-R.

Since they claim it is very much related to the car they have on sale, Ford tells us there’s a lot of cost effectiveness in racing one of their ST-Rs.

Also, since the Blue Oval really has kept a lot of the Ford Focus original components in it, this truly is a turn key racer.

Ford’s global motorsport activities Jost Capito claims this plus point is achievable as the normal Focus has a best in class dynamic setup which allows it to go racing without too many modifications.

On that front we agree, though it got uglier and more faded than ever before, the third generation Focus, on which the ST-R is based is still a great drive.

After the Grand Am debut, Ford tells us they’ll be putting the Focus ST-R to some seriously hard work as they send it to a lot of racing events. Most impressive among these is the 24 hours of Nurburgring.