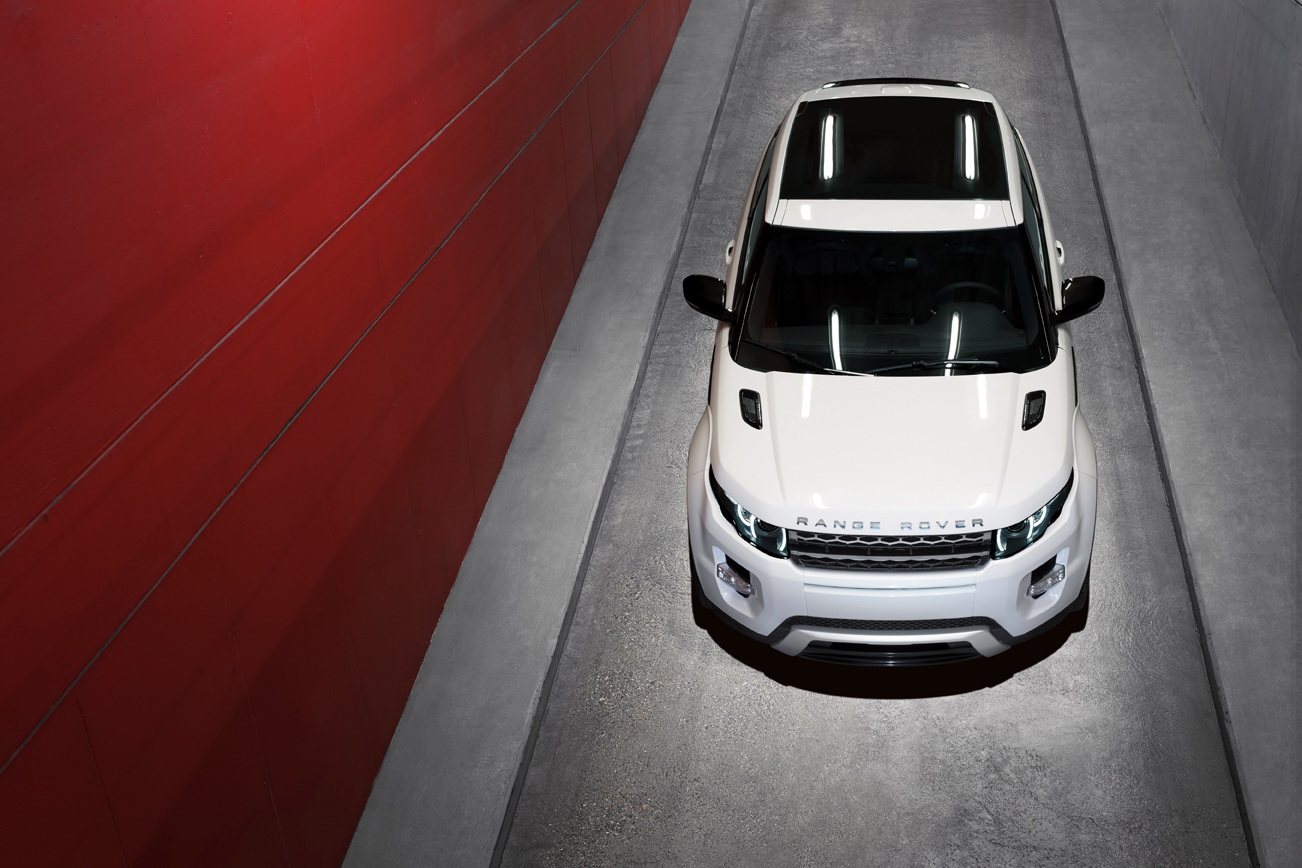 The baby Range Rover, the Evoque has finally started to parade itself in its full glory and it’s also telling us a few things of a rather technical significance.

Before knowing what’s under the bonnet and anything else that makes it tick you shoud know that the Range Rover Evoque will hit the UK market next summer and it will be setting you back about 30.000 pounds.

Other than this rather trivial matter of money, Rover have been kind with the artistic photo release and the spec sheet details.

For starters, the new Evoque is called a “cross-coupé” but actually things aren’t that complicated as it is more of a spiritual successor to the old 3 door Range Rover.

On another important aspect, this newcomer to the Range Rover, erm, range, will be giving you a choice between front wheel or permanent four wheel drive and the choice of engines doesn’t span from gas guzzler to guzzlier. Think engines that are actually somewhat green and economical, like four-cylinder turbodiesels that give you 150 or 190 horsepower from 2.2 liters. While it may not be as impressive as a Jaguar V8 it’s impressive when you make your way to the pump. The FWD 150 horsepower version of this diesel gets you as green as a Range Rover will probably ever be with an estimated fuel economy of 58 mpg Imperial (48.3mpg US or 4.9lt/100km) and under 130 grams of CO2 per kilometer of emissions while the 4X4 form still manages an impressive 50 mpg (41.6mpg US or 5.6lt/100km) and under 145 g CO2 / km.

Petrolheads need not worry though, there’s also a choice of a 2.0 liter Si4 engine that features stuff like direct injection, turbocharging and variable valve timing in order to deliver enough grunt to get you going from 0 to 60 in 7.1 seconds.

On the interior luxury front it would seem that the Range Rover Evoque will be sporting a few things from the company’s partners, Jaguar, things like the gearshifter, the dashboard screen and various bluetooth, mp3 and other such technologies.

The suspension system makes use of a MagneRide setup in order to make handling sporty yet comfortable. Land Rover program director Murray Dietsch stated that the Range Rover Evoque’s chassis and Electric Power-Assisted Steering have been tuned to deliver precise and responsive steering at lower speeds, making the car nimble and fun to drive.

It all sounds very tempting and we’ll be finding out even more at the Paris Motor Show.