Would You Drive a Mercedes-Benz GLC Cabriolet? 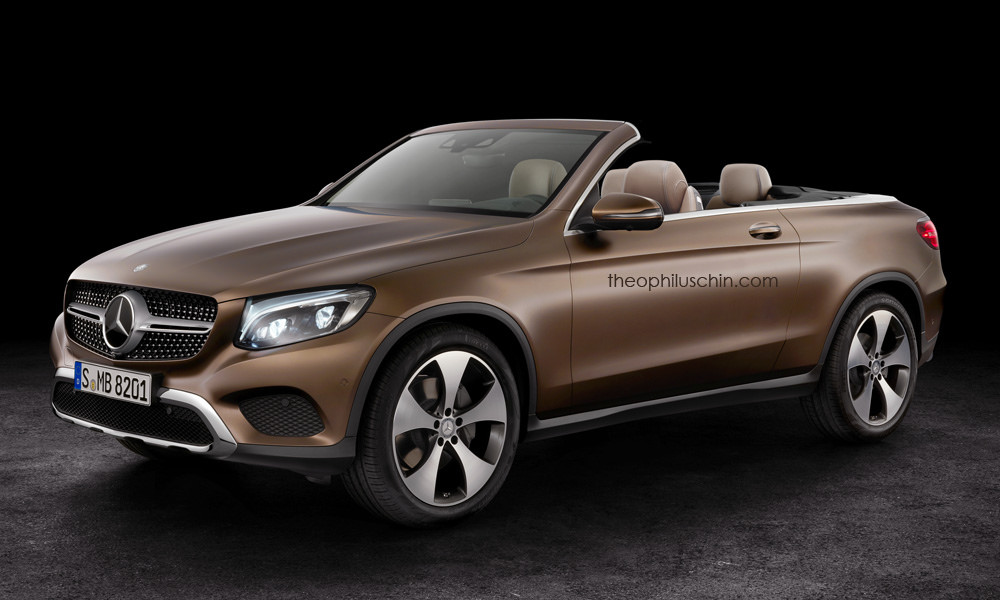 The most potent SUV from Mercedes-Benz, the all-new GLC Coupe SUV is an exquisite model with impressive performance and fine design lines and the idea of having it with a chopped roof might delight a lot of its customers.

And the rendering with the GLC Coupe soft top, signed by theophiluschin, is a true imagery exercise for the German engineers. It looks rather hot, sexy and extremely appealing to the eye. After all, the GLC Coupe Convertible wouldn’t be the only model in its class to wear a soft-top.

And Mercedes representatives don’t exclude the possibility of such a model in the future, especially since we are not talking here about the development of a fully-fledged model.

Thus, Michael Kelz, chief engineer for GLC, CLs and E-Class stated in an interview to Autocar that it wouldn’t be difficult building up a convertible variant of the GLC SUV.

He also said that: “It would be fun and it`s actually not that much of an engineering challenge”. In case it would be out, the convertible would look exactly the same, except for the soft top roof, of course. The engine lineup would pretty much remain the same as in the Coupe version.