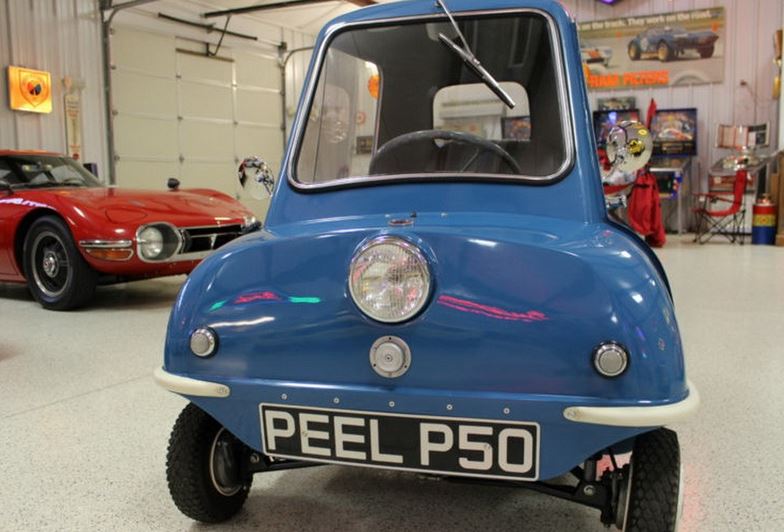 If you are a Top Gear fan, then you might have already had some laughs when the show’s co-host, Jeremy Clarkson, has driven the Peel P50 through the BBC offices.

The fun-filled episode clearly brought out what the Peel P50 is really all about: motorized transportation taken to the micro-level.

The car was built in 1960’s and held the record for the world’s smallest car for a while, but a huge drawback was the lack of a reverse gear. Still, after appearing on Top Gear, the small car managed to regain worldwide popularity. As a response, Modern Microcars started making replicas to the Peel P50 and selling them on e-Bay.


And while the old P50 was quite fuel efficient in its own right, the replica was brought into this century, with a new Honda four stroke engine and several other features. Power is transmitted to the wheels through a centrifugal clutch and a conventional chain.

The Peel P50 is just a step up from a motorcycle, just giving you some extra protection from the weather, and should you fancy driving one of these micro-cars, you will have to part with 26.000 USD, which will also bring you a trailer for storing you luggage (not much of it, though).

Tweet TweetWhen you’re in the market for a new car, you need to decide if you should lease a vehicle...

Tweet TweetIf there’s one simple thing you can do to extend the life of your car or truck, it’s...

Tweet TweetTwo sports that live in the fast lane are NASCAR and horse racing. Both rely on fast...