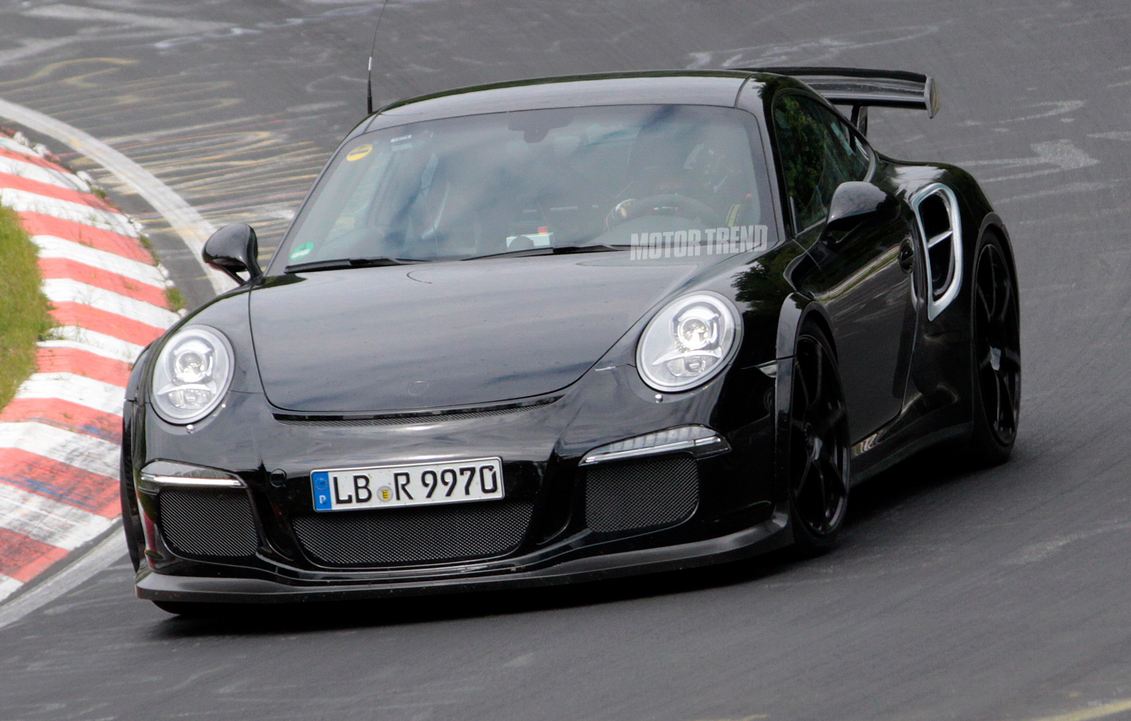 Finally, the waiting has come to an end as spy shots with the new 2014 Porsche 991 GT2 have surfaced near Nurburgring. And it’s a badass!

To those who were convinced that 911 was not enough, the answer has come shaped as this obviously more sporty model with rear wheel driving and a turbo under the hood!

Long story short, Porsche 991 GT2 has taken something from the previous GT3, adding extra style, particularly on the rear. They wanted to make it more aggressive and they did it!

The engine of Porsche 991 GT2 is flat based, 6 cylinders, turbocharged at 3.8 liter so while it obviously exceeds the power of 991 S560, we cannot tell, for now, whether it will jump over the threshold of 600 HP.

If the previous GT2 weighted 190 kilos, Porsche 991 GT2 aims to be lighter through its carbon fiber and aluminum, plus the removal of the all wheel drive feature.

As there are still many other aspects to discover about the new Porsche 991 GT2, for now we will have to settle for these spy shoots and just wait and see what else will come to light until next year.