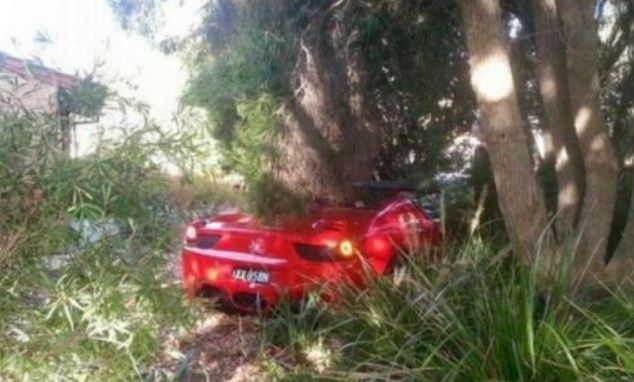 The Ferrari 458 Spider seems to be on a “killing spree” since another crash has hit the Australian hot continent this time.

The image posted on this article shows a Ferrari 458 Spider being crashed, after its driver seemingly lost control and ended up in a tree.

The event couldn’t have passed unobserved since the rate of luxury cars in Australia is rather poor, because of the 33 percent tax imposed on the luxury cars.

And the folks from Adelaide Exotic Car Spotting (FB) didn’t waste any time and posted the image over the internet, stating at the same time that so far, the reason of the car crash remains unknown.

The exotic Ferrari Spider is actually the famous convertible version of the 458 Italia super car.

The model was first revealed at the 2011 Frankfurt Motor Show, coming with aluminum retractable hardtop, weighing 25 kilos less than the F430 Spider.

The car takes just about 14 seconds to retract its roof, with the super car being able to reach the 0 to 100 km/h range as the same as the 458 Italia, with the slight difference of the first being much faster, which is 320 km/h.