Infiniti reveals the first image of their Q30 concept 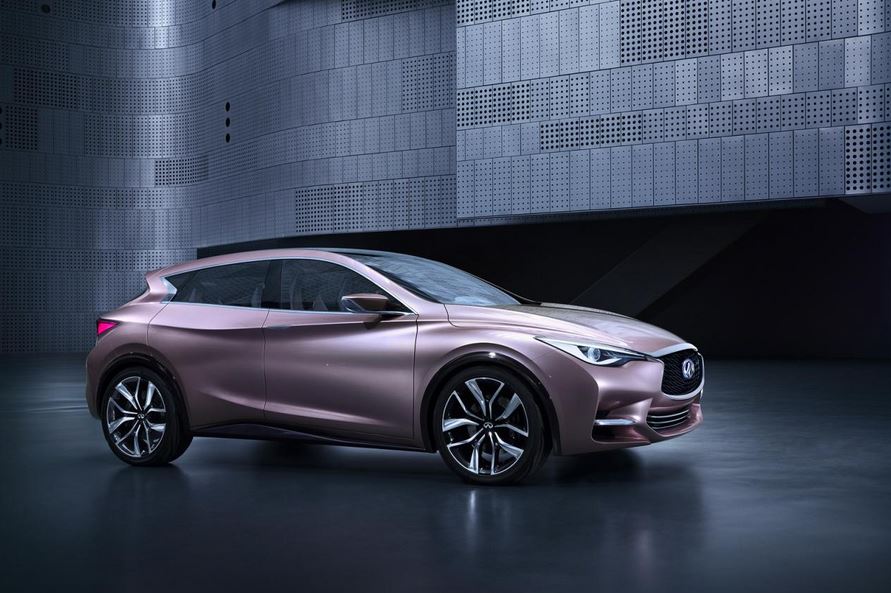 Following a previous teaser, Infiniti now lets us see exactly how their new Q30 concept looks like via a photo and no matter what you say, it is pink.

With the official unveiling set not too far away, at the Frankfurt Auto Show next month, the single picture they released isn’t much, but it’ll have to do.

Built on the same platform as the Mercedes A and B Class, namely the MFA platform, the new Q30 is expected to define a new class of its own. Infiniti says it will be “not a coupe, not a hatch and not a crossover but a fusion of the three body styles.”

Personally, I think that’s just a fancy way of trying to set their product apart, but we’ll see just how well they will manage at Frankfurt. What we know so far about the Infiniti is that it will sport a three way adjustable ride height and it will come somewhere in 2015. The plant that will be producing the Q30 is Nissan’s plant in Sunderland.