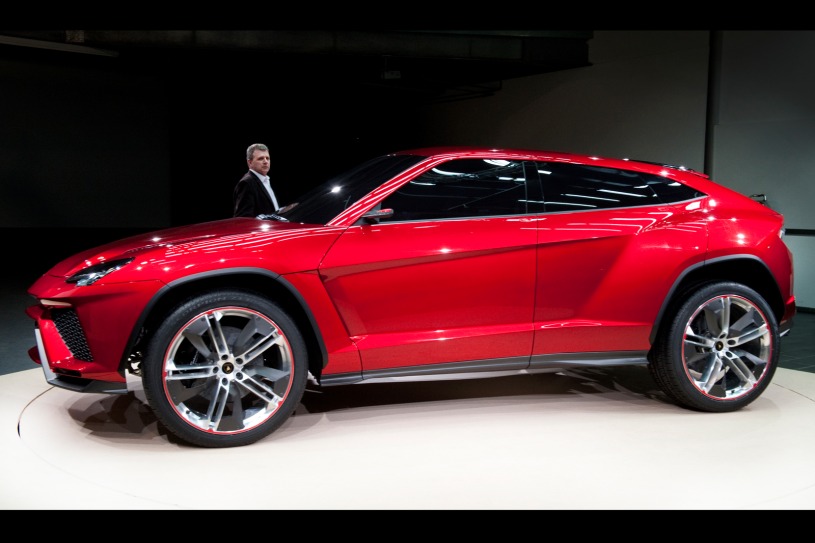 We are not used to associating the Lamborghini brand with an SUV production model, but the carmaker has already confirmed the existence of such a utility vehicle somewhere in 2018. Believe it or not, this is not the first plan of Lamborghini to develop an SUV model, the automaker attempting to manufacture a military SUV, back in the mid-80s. The upcoming SUV will be showcased as the Urus Concept in 2018.

The future Lamborghini Urus SUV will be built at the company`s Sant`Agata Bolognese plant, and will take on the future Porsche Cayenne, Aston Martin DBX or the Maserati Levante. The “good news” were also confirmed by Stephan Winkelmann, the CEO at Lamborghini.

Concerning the body style, the upcoming Lamborghini Urus SUV will make use of the carbon fiber, aluminum and steel composites, which will make it lighter and more performance. In terms of performance, there are no fresh info released by the Italian carmaker.

Once it will start sales in 2018, the Lamborghini Urus SUV would start selling as much as 3,000 vehicles every year, with the car reaching markets such as China, Middle East as well as US. Furthet details will be announced later one. Meanwhile, read on our latest news and don’t forget to share your opinions!