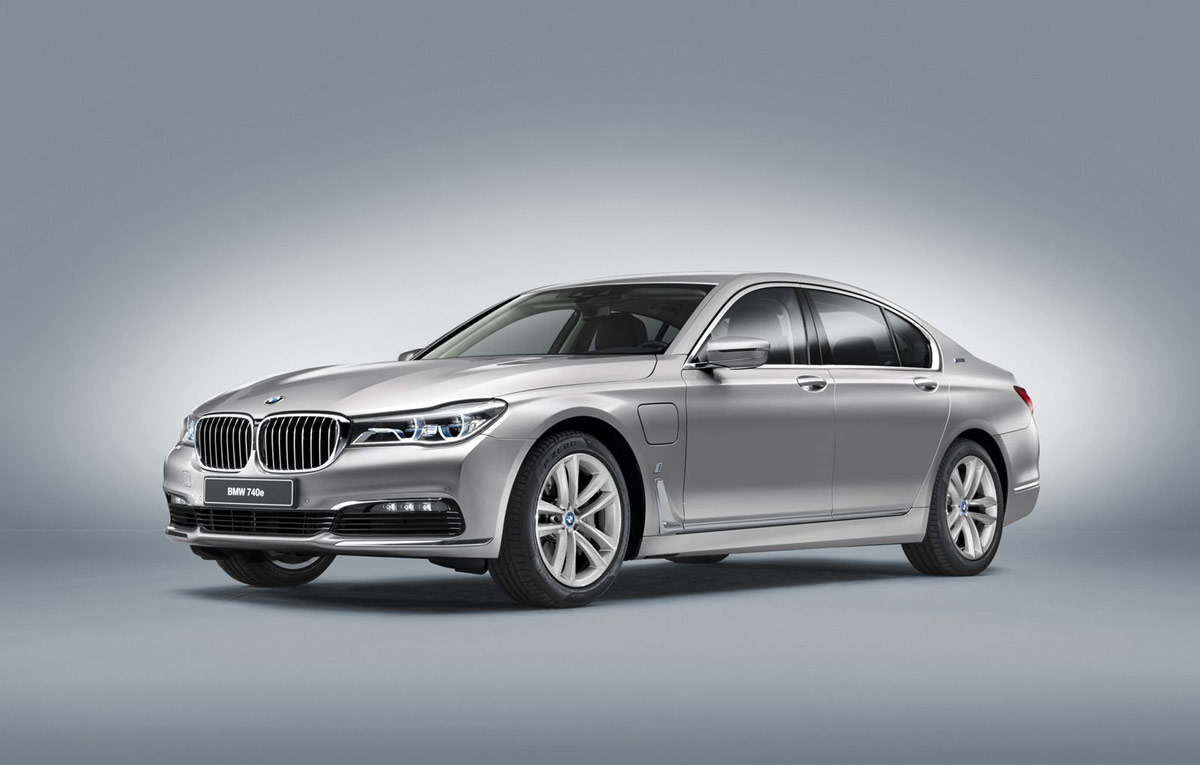 This is definitely an expensive car for poor owners. Or maybe an occasion for BMW to show off its muscles. Or both. I don’t know. What I know is that a luxury and opulence icon consumes 2.1 l/100 km!

Yes, BMW continues to develop its electric and hybrid vehicle line, by presenting at Geneva a new version of its most luxurious model: BMW 740e iPerformance. Why iPerformance? Get used to this name, because in the future it will become the name of the new BMW plug-in division. The new 7-series hybrid is the first one to be named like this, and it opens the gate for “i” technology to enter the big world of BMW cars.

It is a transfer and adaptation of electric technology and expertise from the i3 and i8 to the classically-engined 7-Series. Everything from the electric motor to battery and the electronic control is a result of the “i” Series development and knowledge. You will spot the future iPerformance BMWs by the blue discreet exterior elements and two eDrive logos on the C-pillars.

So, what’s new under the bonnet? It’s a 4 cylinder, 2 liter Twin -Turbo engine, developing 258 hp and 400 Nm of torque, between 1250 and 4800 rpm. Then, there’s an electric motor, as you would expect. Together, they develop 326 hp, and they’re capable to catapult the 2 tonnes car in 5.6 s from 0 to 100 km/h. The fuel consumption is sensational: they say that it’s capable of 2.1 l/100km. I keep asking myself how is it possible for such a big car to achieve a lower fuel consumption than a Toyota Prius? The CO2 emissions are as low as 53 g/km. There will be three ways of driving the car, depending on the program selected: on batteries, on gasoline or both, relying on all the power available. As a result of the low CO2 emission, 740e iPerformance will be exempt from some taxes. But when someone pays around 90.000 € for a car, taxes and low consumption won’t its main concerns.