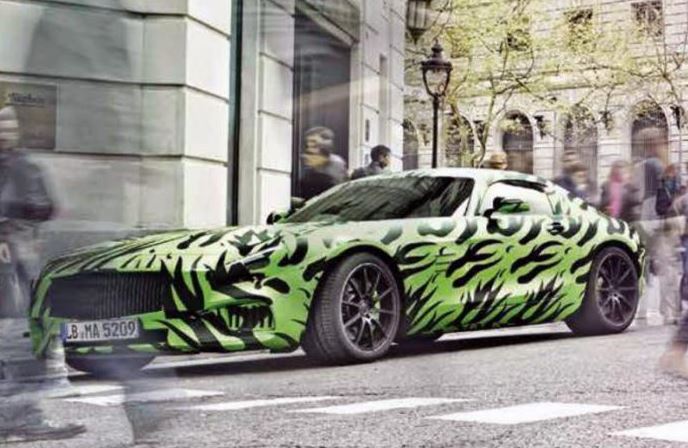 Mercedes-Benz has specially customized the AMG GT to keep up with its rival, the Porsche 911, the sportscar coming in first images and in some details.

The sports car has been put to a photo session, which reveals the AMG GT in its full green body and “black flame vinyl”, making its way into the traffic.

The pictures also reveal a great looking body style, getting its inspiration from the older sibling SLS, which has been especially left aside in order to make room to the AMG GT version.

Inside, the Mercedes-Benz AMG GT comes with very interesting design, with origins from the S-Class this time.

We are talking about full leather, a tablet-style display, a bank of air vents and more tweaks that would make the Porsche 911 really jealous.

At a closer look under the hood, the Mercedes-Benz AMG GT is powered by a massive fresh upgraded twin turbo V8 unit, capable of producing a great 500 horsepower.

However, the engine lineup is kept secretly, until the moment of its launch, which is due at the 2014 Paris Motor Show, this October.