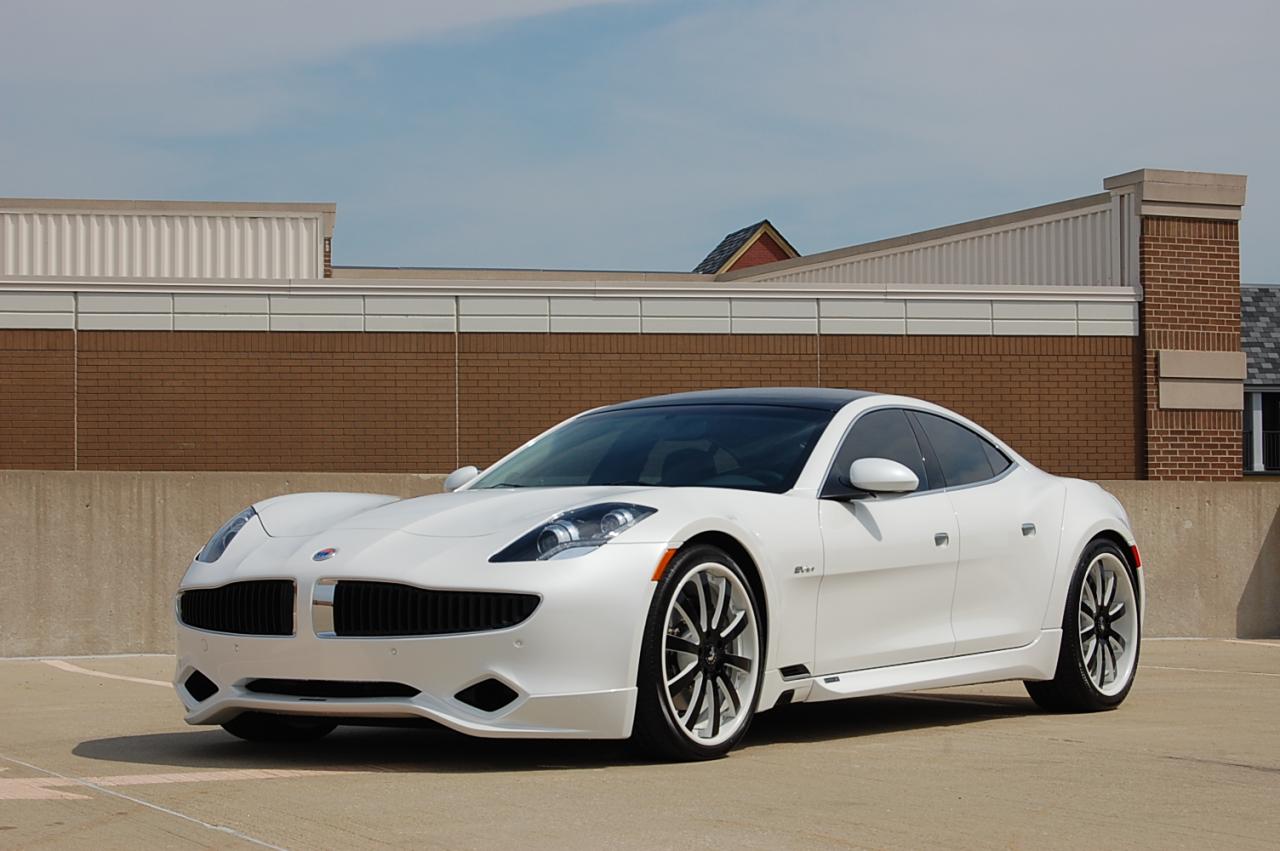 Remember the Fisker Karma? It’s as close a fantasy car as Ashton Kutcher is a techno geek in real life. It’s also a rather rare car.

The exclusivity spans from both the price tag of the fresh sedan as well as from the fact that electric cars aren’t in a stage of popularity right now.

Despite the very rare car, the Fisker Karma recently got a bit of an unorthodox treatment in the form of some tuning. The stuff we see on common Civics no less.

What we’re talking about is a Fisker Karma with a brand new tuning inspired body kit. Thankfully it’s not a NFS inspired one.

Also thankfully, it’s not some sort of weirdly bulbous wide body kit that a certain Swiss tuner either. It’s a rather discrete system.

There’s no messing about with a repaint either as the body kit was made from materials painted in exactly the same color as the original panels.

This custom tuned Fisker Karma was showcased at the infamous SEMA show in Las Vegas by the owner. And speaking of SEMA have a look at the wheels.

The classy set Fisker specs at the factory were replaced by some rather iffy looking toy car black on white multi-spoke alloys.

It’s not really the recipe for success but when it comes to the world of custom cars we just have to admit. Things don’t always turn out the way we want them to.

This is obviously one of the unpleasant cases.