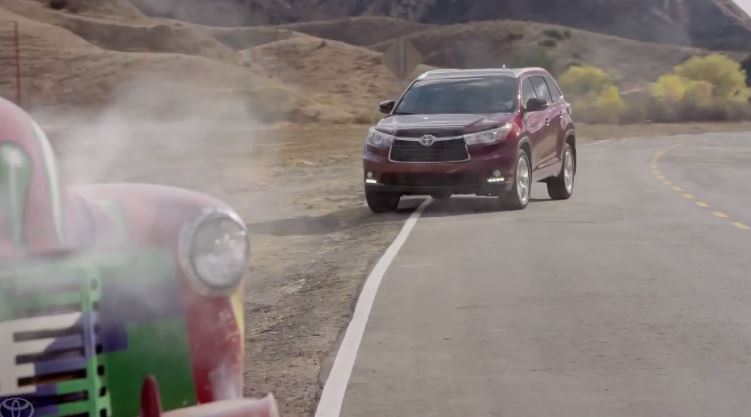 A couple days ago, Toyota released a teaser for their 2014 Super Bowl advertisement video, and now we have the real deal.

I have watched them both just now and I have to say, I like the teaser better.

The fact is that the teaser sets you up for a lot of possibilities, especially considering that the promotional video has both Terry Crews, who is known for some awesomely absurd commercials, and the Muppets. This is just a good recipe for mayhem and madness, but now that the actual video is here, it’s all a let down.


Basically, it all boils down to a silly song about Toyota’s Highlander SUV and a slightly better finish. Now, to be fair, it’s not a bad commercial per say, it’s just that the teaser set me up for much more that this. But since this just my side of the story, I have put both video just below, so you can cast your own vote on the matter.