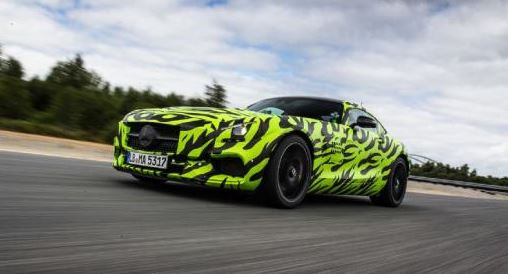 The new Mercedes-Benz AMG GT was numerously spied in shots and now the automaker is making the final preparations before the supercar would make its public debut at the end of 2014.

The Mercedes-Benz AMG GT is rumored to be offered with a less powerful engine version, which would develop 462 horsepower.

The rumor was also confirmed by the folks from automobilemag.com, who reported that the Mercedes-Benz AMG GT would develop 462 horsepower, a version which would be added to the 4.0-liter twin turbo V8 engine, developing 510 horsepower and 650 Nm of torque.

Other than the power, the Mercedes-Benz AMG GT will sport the 19-inch alloy wheels as standard, wrapped in 255/35 and 295/30 tires, at the front and also at the rear.

More details will be known at the 2014 Paris Motor Show, in October, when the supercar will be officially unveiled.