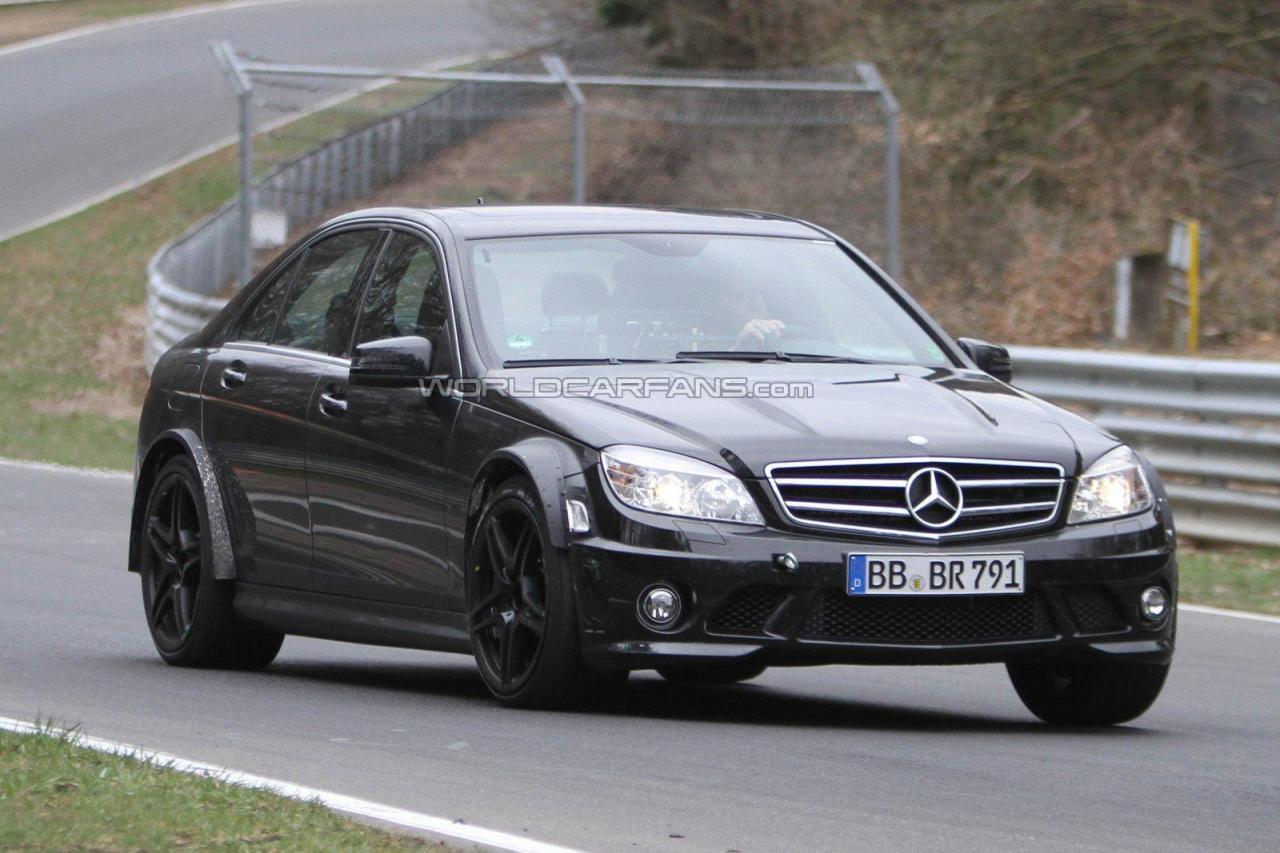 You would think that since Mercedes never updated the C63 AMG Black Series in time for it to race along side the BMW M3 GTS, they’d not do it any more but you’d be wrong.

The three pointed star plans to go the same route as before and launch a Black Series version of the Mercedes C63 AMG using the previous generation of the base car.

Chassis code W204 is what this monster of a car has in relation to the Mercedes C Class because otherwise, this AMG Black Series is a radical monster.

Since it’s already at the stage where it’s being tested round the Nurburgring, my guess is that Mercedes are already in the late stages of development so we can safely assume that what’s visible is what we’re going to get.

The same visual appearance seems to be as the regular Mercedes C63 AMG apart from the wide-body kit styled wheel arches.

This should mean there’s a new suspension setup teamed with beefier brakes and wheels that are supposed to contain the fury of the engine.

That may be what’s going on under the front end of the car but as for the rear, once the power goes through the 7 speed MCT gearbox it meets a limited-slip rear differential and some properly over-engineered rear axles.

One big improvement on top of the previous generation is that this particular Black Series C class does have four doors and four proper seats.