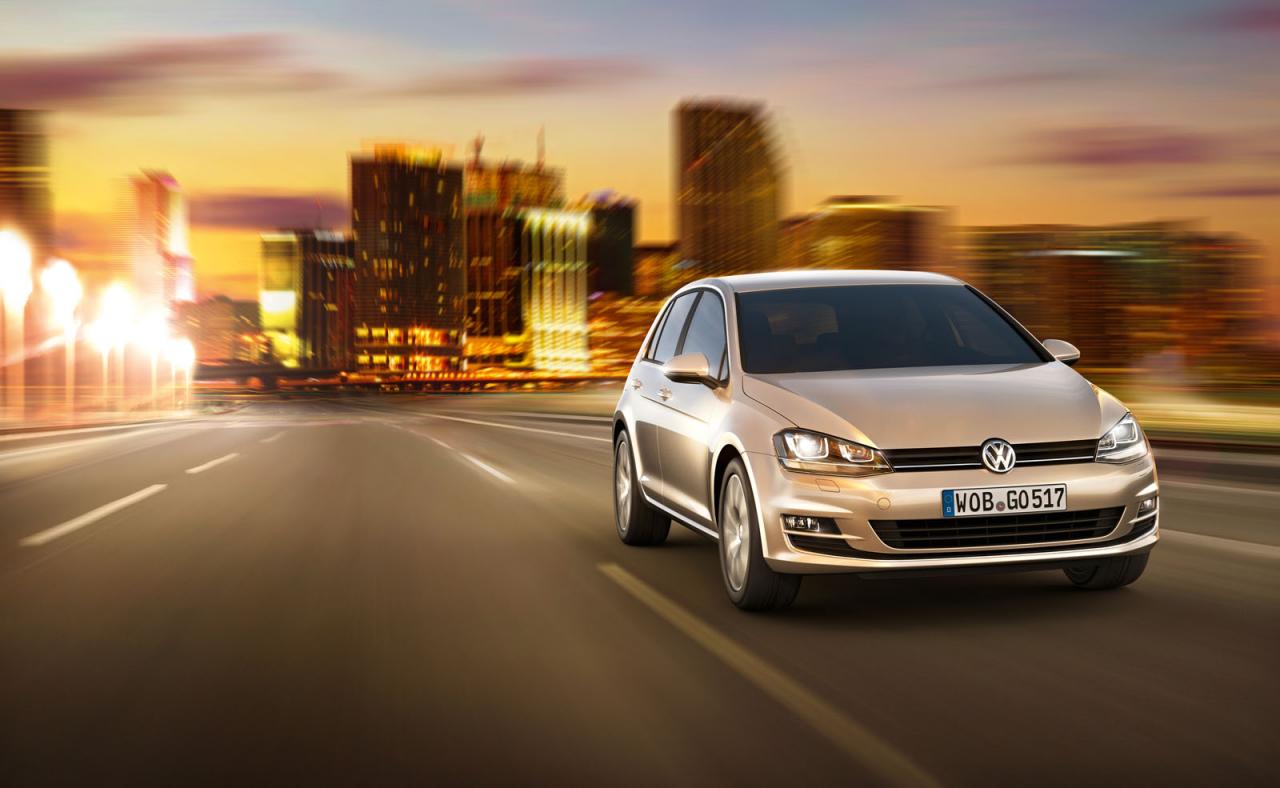 The Germans have just unveiled the newest version of the Volkswagen Golf, it’s the seventh generation around and it’s the best one so far.

Well, the Germans at Volkswagen want us to believe but underneath there’s been a few misses and it’s actually Greenpeace are the guys that spotted them first.

Predictably, it’s the environmental issue that comes into play first here. Fuel economy levels of the Golf VII aren’t what everybody expected.

Currently, VW claim that the seventh gen of the Golf will manage 4.9 liters/100 km. That’s not enough, not according to GreenPeace.

Greenpeace’s German transportation expert, Wolfgang Lohbeck spoke to the media about the protest and it seems that they were expecting a 3.0 liter/100 km standard.

After all, the Volkswagen Golf VII actually sets the trend for just about all hatchbacks out there. VW CEO Martin Winterkorn replied the fuel economy is fine and that there’s still the BlueMotion version to look forward to.

The latter is true but 4.9 liters per 100 km (some 48 MPG US) isn’t that impressive nowadays. After all, Ford can manage the same with a 1.0 liter EcoBoost engine that’s actually fun to drive.

At the end of the day the BlueMotion Golf might actually manage nearly 74 mpg but GreenPeace still isn’t impressed for a simple reason.

It’s actually the entry level petrol powered car that will attract the most customers and that’s where VW need to work. We knew Germany was tight on ecology but this seems a tad excessive.