Hyundai Genesis EQ900L Is the Biggest Limousine Ever Built, Gets Official in South Korea 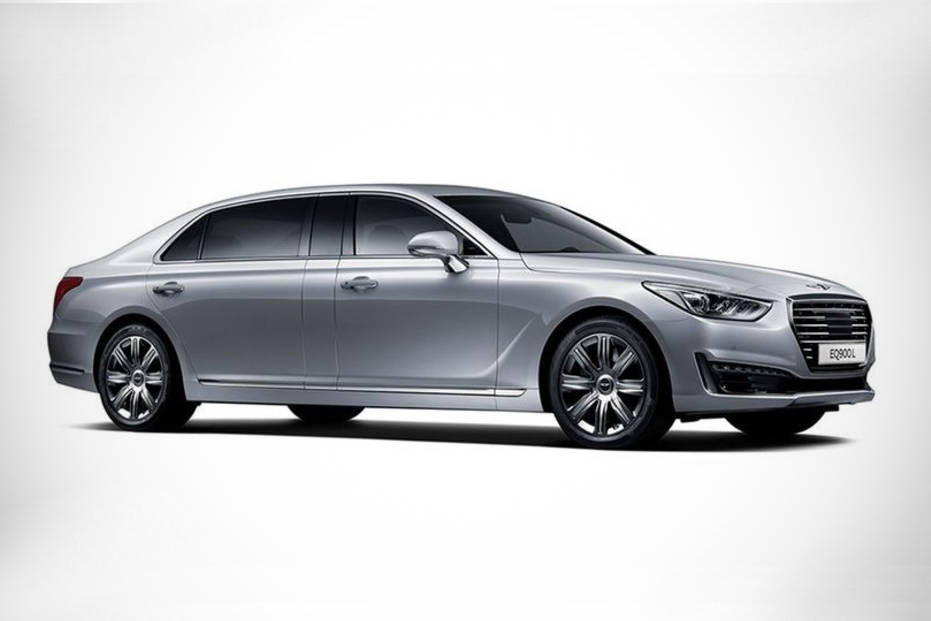 It seems that the Asians have a problem with size, generally speaking, especially when it comes to limousines. Hyundai is trying to solve the problem by launching the stretched version of the EQ900/G90 model, which comes with a handful of modifications that would handle the massive body style.

The new Hyundai Genesis eQ900L is basically coming with the same design lines, sporting however a beefier B-pillar and bigger rear doors. Inside the cabin, the space is more generous for all passengers, while the surrounding is tweaked with high-end leather upholstery, wood trim, piano black accents and so on.

Other features include entertainment system for the rear seats, or full-length center console which separates the adjustable rear seats.

In terms of pricings, the Genesis EQ900 is cheaper than the Mercedes-Maybach S600, and that despite the size and amenities inside the cabin. On the South Korean market, the model is already available from $125,000, while the German limousine can be bought from $189,350.