Mercedes-Benz SL facelift by Prior Design 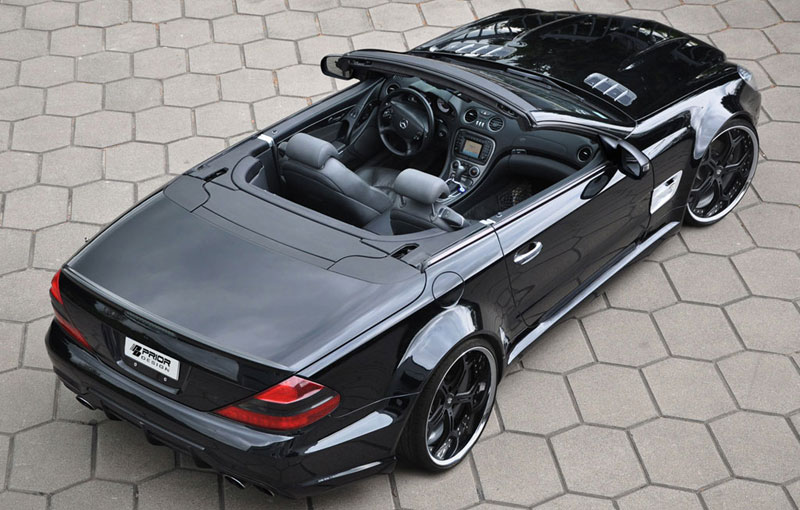 Mercedes-Benz SL facelift received an aesthetic tuning package from the tuning house Prior Design. The package gives the model a more aggressive aspect, but the engine performance has remained stable.

The tuners from Prior Design have made a new creation based on Mercedes-Benz SL, this time for the facelift version of the German model. The model is inspired by the Black Series version of this model and has a very aggressive design. The lines of this coupe-cabrio model from Stuttgart are emphasized by a set of alloy wheels, painted black. These 20-inch size wheels and are fitted with 265/30 tires in front, 305/25 rear respectively.

The German model received a sports suspension kit, which changes the center of gravity and give a better level of maneuverability. Optionally, people from Prior Design offers this kit also for models equipped with air suspension Airmatic. Thus, the Mercedes-Benz SL owners can reduce the ride height and improve handling with the new sports suspension whether or not is Airmatic.