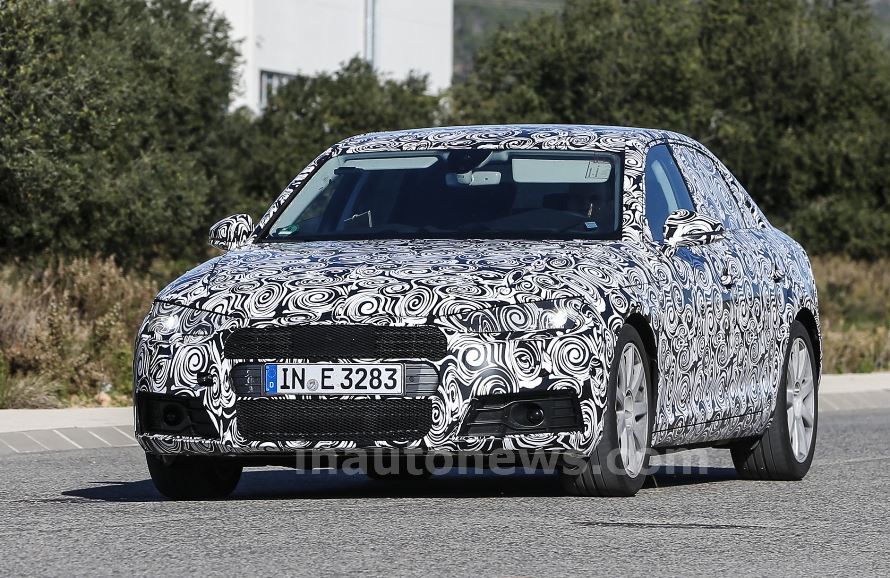 A lot of Audi fans hoped to see the upcoming Audi A4 at the 2015 Geneva Motor Show, but it seems that the carmaker has changed its plans.

We are not sure what triggered this decision, even if the guys from Inautonews online auto magazine have tried to talk to one of the Audi representatives. The official just said that the Audi A4 will be presented later on, but no official date has been yet announced.

Judging by the spy shots, the 2016 Audi A4 is believed to come with a wider wheelbase, new platform and chassis, while inside, the hot model will come with some interesting changes, with the high-tech gear now including a new MMI infotainment system with a touch pad.

Under the hood, rumors have it that the 2016 Audi A4 will receive a wide array of engines, starting with the 1.4-liter TFSI, the 1.8-liter TFSI, as well as the 2.0-liter TFSI with cylinder deactivation.

The diesel powertrains include the 1.6-liter, the 2.0-liter TDSi or the top of the line 3.0-liter TDI. As expected already, a plug-in hybrid will be also fitted on the 2016 Audi A4, which might be equipped with the same motorization as the A3 e-tron.