Mercedes launch a Speedboat inspired by the SLS AMG 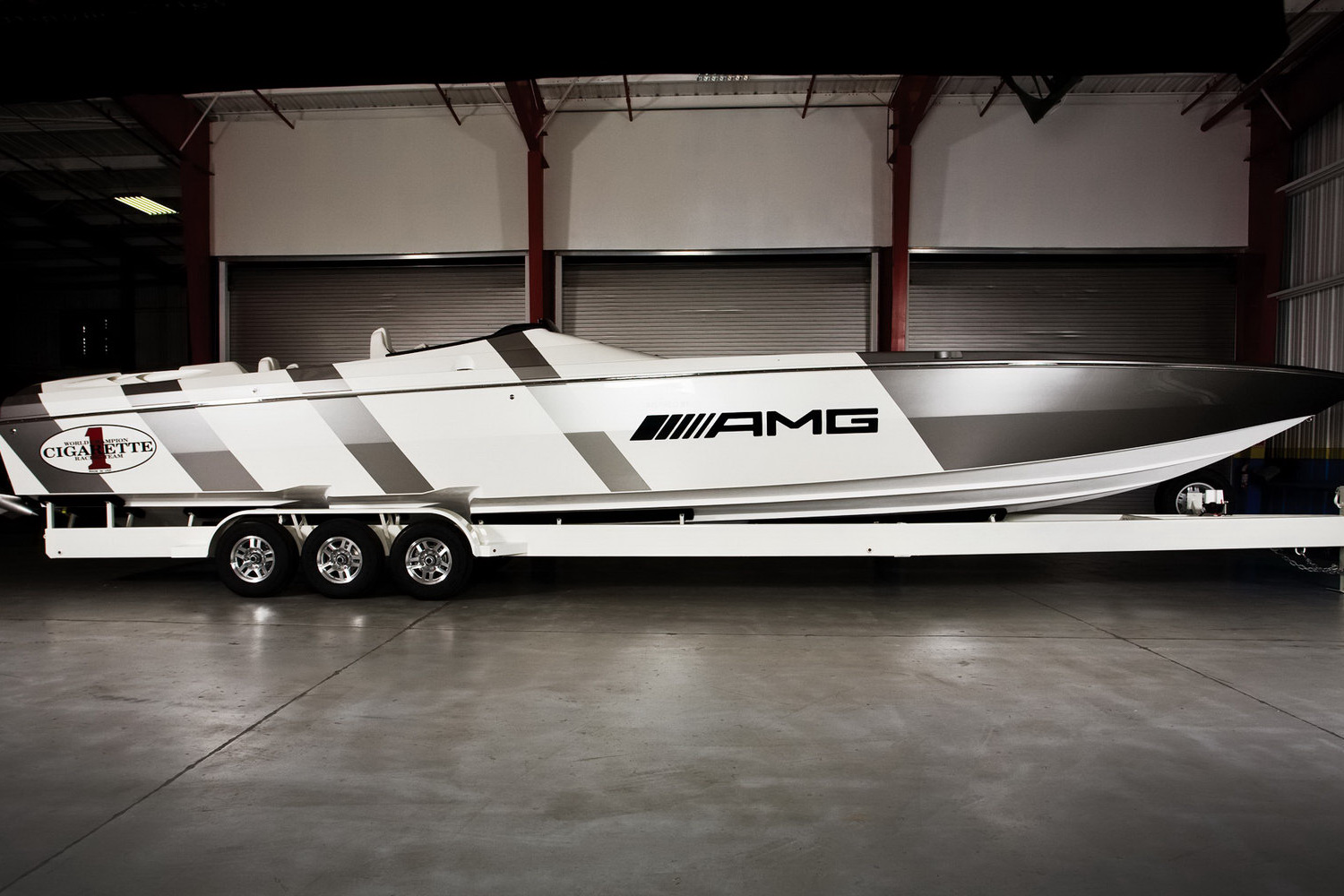 It is not uncommon for a manufacturer to venture into other areas of technology once they’ve hit a certain amount of success in the automotive business.

And when your company products spell Mercedes-Benz you can pretty much venture of in any market or technology you want.

Their choice in fields for a new creation is to leave the road and carry on on water. To this respect Mercedes came up with a speed boat that can hit 130 mph which according to the Germans, draws inspiration from the Mercedes SLS super car.

I’m not so sure about the influence of the SLS but the boat seems to have the pace and it’s mostly due to the engines. Speaking of which they are twin-turbo Mercury Racing engines with a capacity of just over 9 liters. And when I say they, I want to make it clear I’m not wrong, there’s two of them, and since each of them can develop 1350 horsepower you can understand where that top speed is coming from.

The Mercedes SLS AMG – water edition has some interesting features such as two-tone silver and white paint, AMG decals and marine-grade upholstery which emulates the Nappa leather available on the road-going SLS AMG.

The price hasn’t been announced yet but don’t think cheap no matter who you are as most likely you’ll go well past owning 10 SLS AMG cars before you can hope to get the cash for it, or the down payment at least.