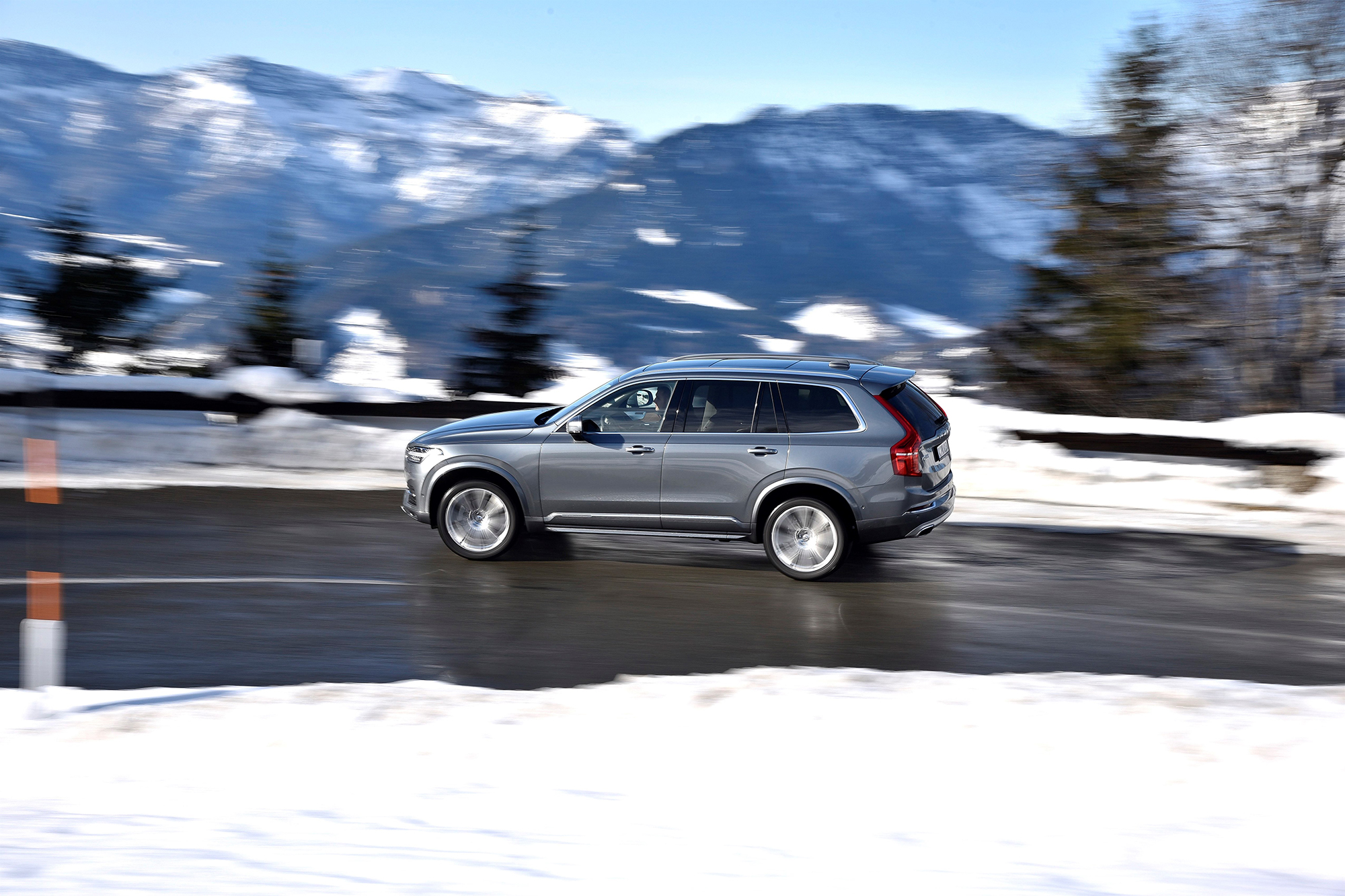 Volvo is in an ascending trend lately: it launched the XC90, the S90 and, more recently the V90 and the facelifted V40. Now, they’re ready to present their updates for 2017 models and semi-autonomous drive technology is probably the most important of them.

The XC90 will be available with Pilot Assist II, already known from the S90. While the first generation is capable to follow the car in front, accelerating, braking and steering at up to 50 km/h, this second generation is able to do the same actions without having a car to follow and up to 130 km/h. Another great feature of the XC90 D5 will be the PowerPulse system, which will pump compressed air in the turbo for a more instantaneous response. The safety will also be at the highest standards, thanks to the Run-off road mitigation system, which auto-steers to keep the car on the road, and the Large Animal Detection technology.

The S90 and V90 aren’t left behind, as the connectivity and driver interface system called Sensus will be updated with new apps, like Spotify and Park and Play. While the first one brings a huge music library onboard, the second one helps the driver to find and pay the parking easily.
Finally, The 60 series will receive the all-wheel drive system for the 245 hp T5 engine, for a better grip. The 350 Nm will be sent to all the wheels via a 8-speed automatic transmission. More, the D3 engine will be available in the S60 Cross Country in some markets. Volvo will also develop a new wheels design, ranging from 18 inches to 20 inches for the XC60, while three more body colors will be included in the offer.

Across the whole range, Volvo will introduce new features. Volvo On Call usability will be extended to the Windows 10 based-smartphones and will allow to integrate the smartphone’s calendar to plan routes via navigation system. Also, the CleanZone technology, which removes the pollutants from the air entering in the cabin, will be available for all the Volvo range.