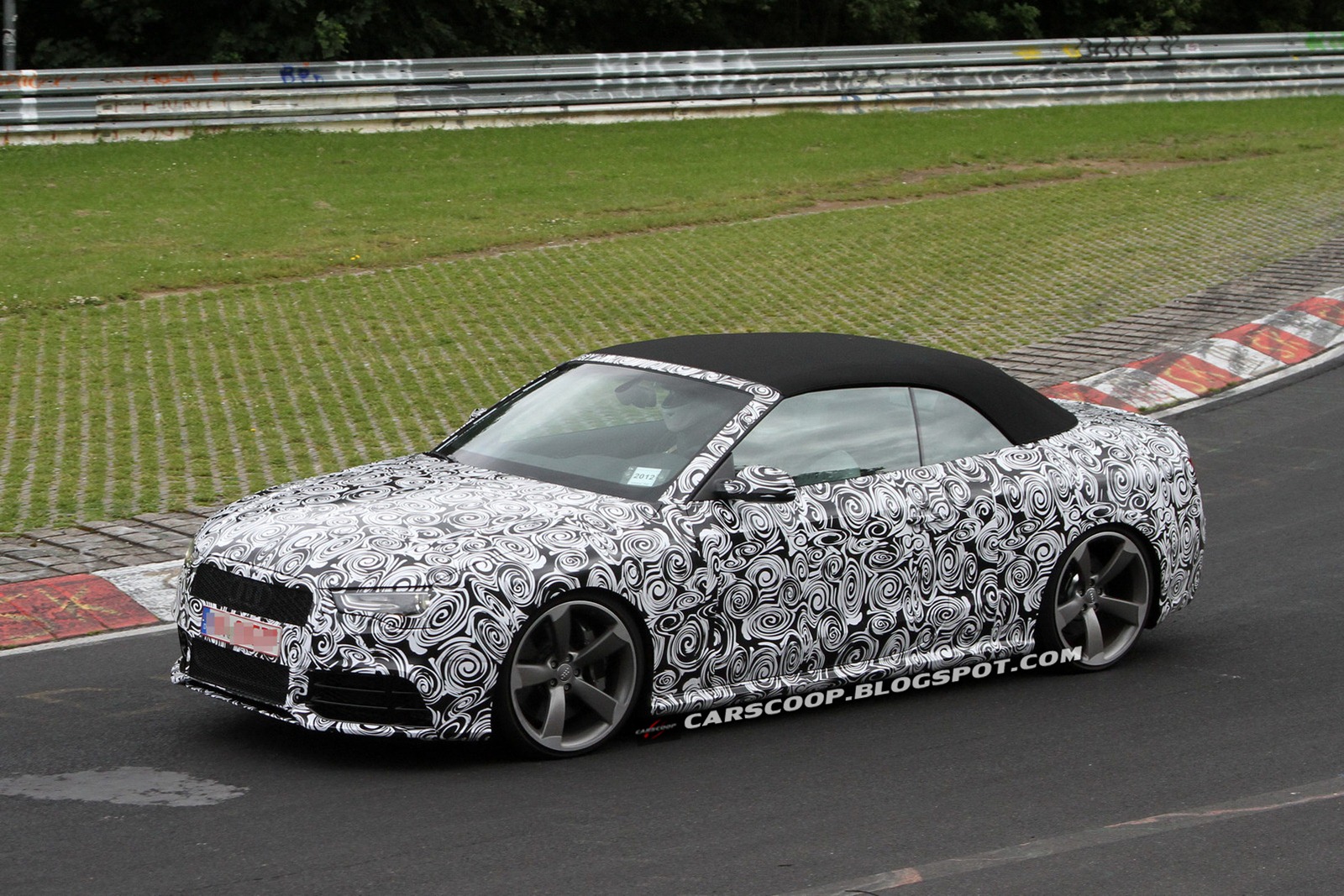 The German people from Audi are testing these days the new RS5 Cabriolet, the open-top variant of the high-performance A5 sedan.

As you can see, the new Audi RS5 Cabrio is heavily camouflaged and was spied during some tests on the famous Nürburgring circuit in Germany.

Even the prototype is wrapped quite well, we can see some aesthetic features such as LED headlights, a new front grille, side skirts, large 19-inch alloy wheels, a revised rear bumper and a two-pipe exhaust.

New trim, sport seats and steering wheel are expected at the interior while an improved suspension will be also available.

In terms of power, the German model benefits from a 4.2-liter V8 engine capable to deliver 444 horsepower, power which arrives at the four wheels via a seven-speed S tronic transmission.

The all-new Audi RS5 Cabriolet will go on sale early next year in Europe with its official debut set for the end of this year.