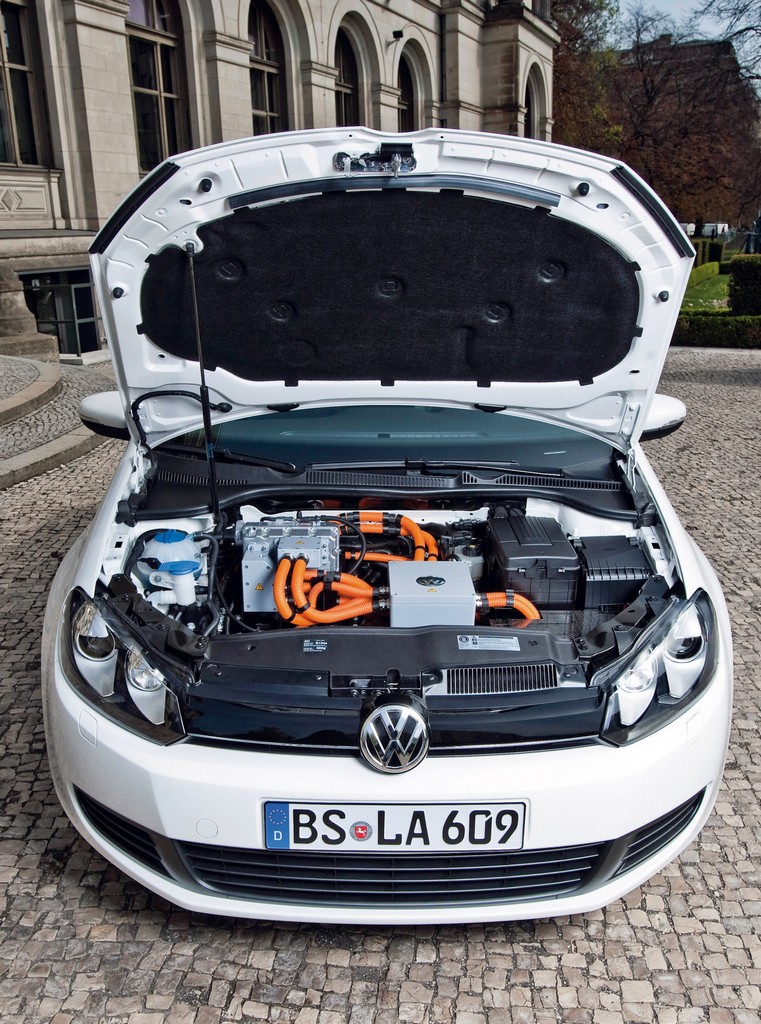 Volkswagen has published today a new set of images of the new VW Golf Blue-e-motion, the concept that prefigures the next generation electric rangethe of the German compact.

Volkswagen has released a new series of information and pictures of the new Golf Blue-e-motion, the electric concept based on today’s generation of the compact hatchback. Presented to a restricted public, in Berlin, the ecological prototype will make its official debut at the Madrid Auto Show, dedicated this year only to vehicles with alternative propulsion systems.

Seen as a promoter of future Golf 7 electric series model, the new Blue-e-motion succeed to integrate the all system of batteries, positioned, as in most models of this type, in the central tunnel and trunk. The engine compartment also increased in size to accommodate electrical system.

In these circumstances, German engineers had to make several compromises in space, first of them is to reduce the boot capacity to 237 liters. A note of individualism is observed in the interior, where the board instruments has received new duties: now they must to show the available miles in electric mode, speed and battery charge level.