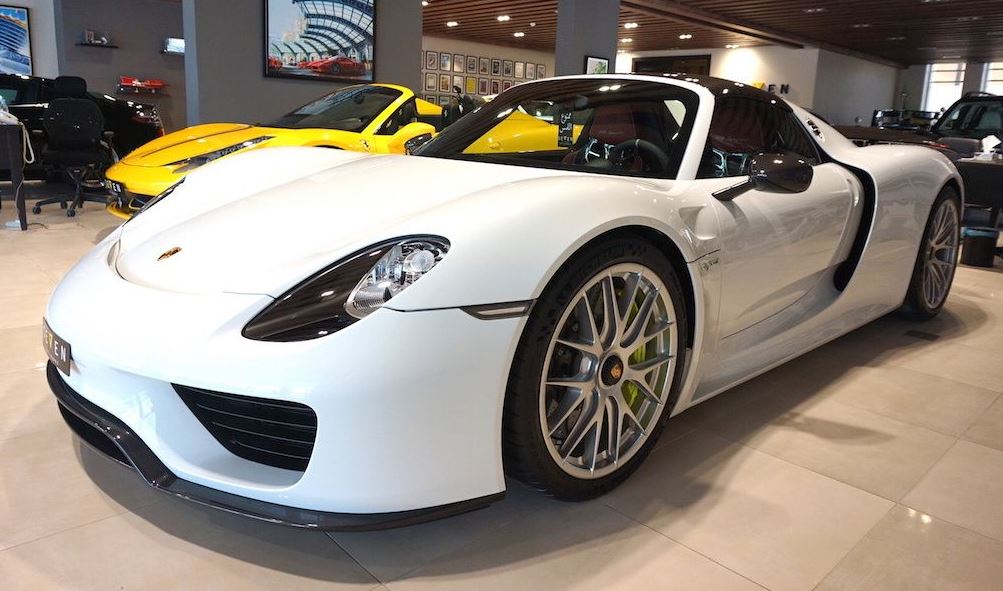 The Porsche 918 Spyder wearing a crystal-clear white finish has recently appeared on the web, being presented in Saudi Arabia, at the Seven Car Lounge, Riyadh, and waiting for a new owner. Of course that there are now details concerning the pricing and the mileage of the hypercar.

But in case you got the right cash and live in Saudi Arabia, just hurry up and make up your deposit, as you won`t get to see another model like this one, especially since only 918 units have ever been produced worldwide. The model rivals the McLaren P1 or the Ferrari LaFerrari.

To be a reminder, the Porsche 918 Spyder was first unveiled back in 2013, at the Frankfurt Motor Show, being built in a two-door body style and coming with a hybrid powertrain. I am talking here about a conventional 4.6-liter V8 unit, developing 608 horsepower and 528 Nm of torque.

The engine is backed by an electric motor as well, providing an additional 279 horsepower, producing an overall of 887 horsepower and outstanding 1,271 Nm of torque. This would be enough for the hybrid car to sprint from 0 to 100 km/h in just 2.6 seconds, at a top speed of incredible 340 km/h.