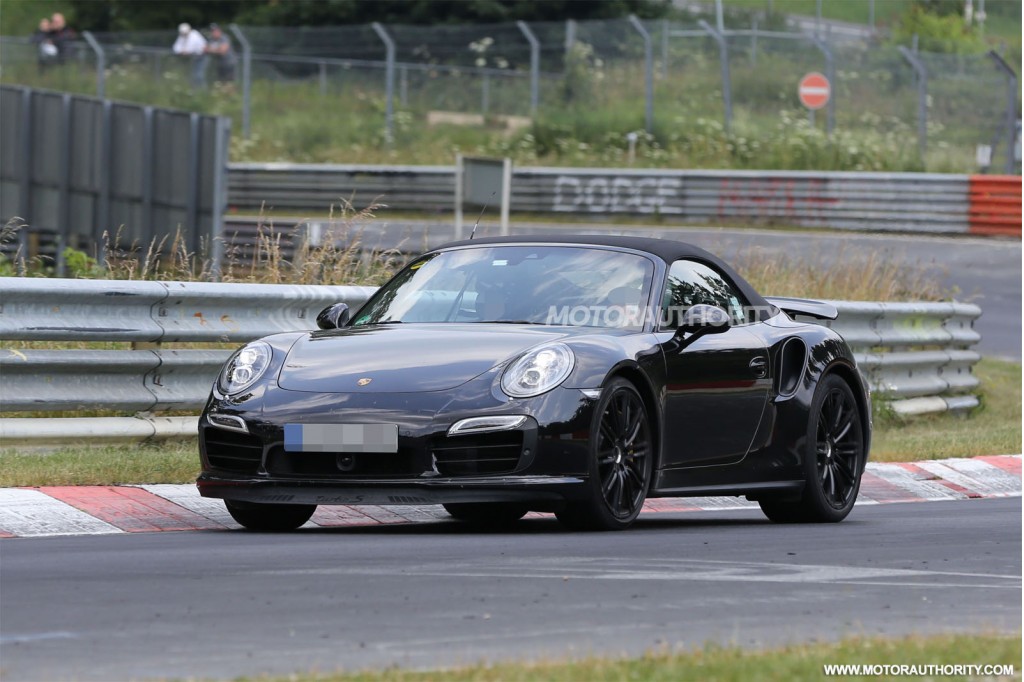 Porsche seems to progress in the development process with the new 911 Turbo Convertible as today we get a set of new spy shots with the prototype.

The German model is seen undisguised while being test on the circuit. There are no major changes compared to the Coupe, except the new black soft top, of course.

Power will be offered by the same 3.8-liter turbocharged unit offering 520 horsepower while the Turbo S version will get extra 40 horses. The all-wheel drive system will be there as well as the seven-speed PDK automatic transmission.

The all-new Porsche 911 Turbo Convertible is very likely to debut in production form at the upcoming Frankfurt Motor Show, the well-known event which opens its gates in September.

If pricing concerns you, the open-top model is expected to begin somewhere around $160,000 for the base model and go beyond the $200k mark for the more potent version.