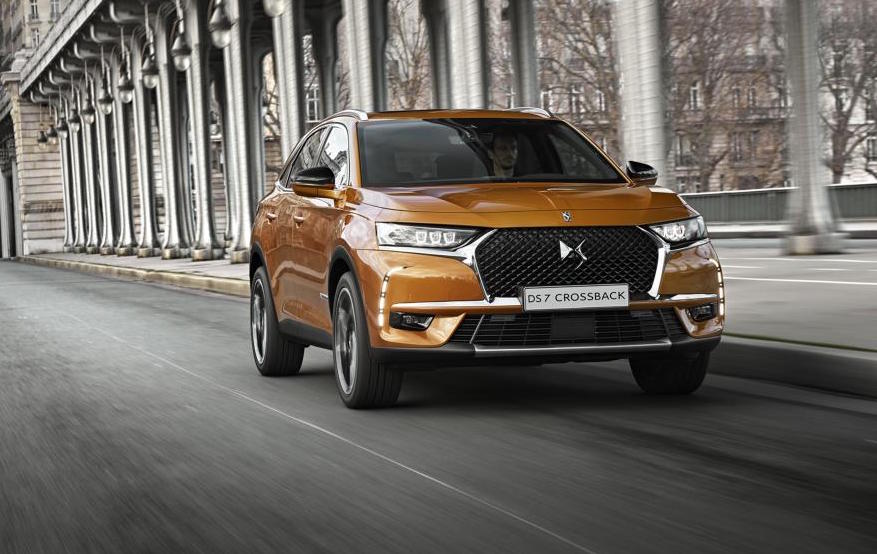 Following a series of reports of an upcoming Citroen SUV which will be officially unveileid at the 2017 Geneva Motor Show next week, the French carmaker has finally revealed the first images and details with the all-new DS 7 Crossback.

The company is trying to grab a piece of the big SUV pie by creating a unique crossover with exquisite features and evolutionary design, and the latest technology inside.

Visually, the Citroen DS 7 Crossback will standout from the crowd with plenty of feaures, like the diamond-effect front grille, state-of-the-art LED headlights and DS Wings.

The rear end is also highlighted by the wrap-around tailgate and the latest LED taillights, which increase the car`s personality and stance, just as Thierry Metroz, director of Style at DS Automobiles recently stated.

Inside, the cabin welcomes you with high-quality materials and enough space to make you feel comfortable as woud normally feel in your own cozy living-room. There are also the latest gadgetries which are driver-oriented 0 DS Park Pilot, DS Connected Pilot or DS Night Vision.

Other high-tech tweaks also refer to two 12-inch LCD screens placed in the middle of the dashboard, along with an amenity of safety features.

In the engine department, the all-new Citreon DS 7 Crossback is set to come with a wide array of petrol burners and diesels, with turbo characteristics. Also, the carmaker is planning to introduce a plug-in hybrid as well, in the shape of a petrol burner and an electric motor, with an overall of 230 kW and an electric range of 60 km. Full pricing details and date release will be known in Geneva next week.