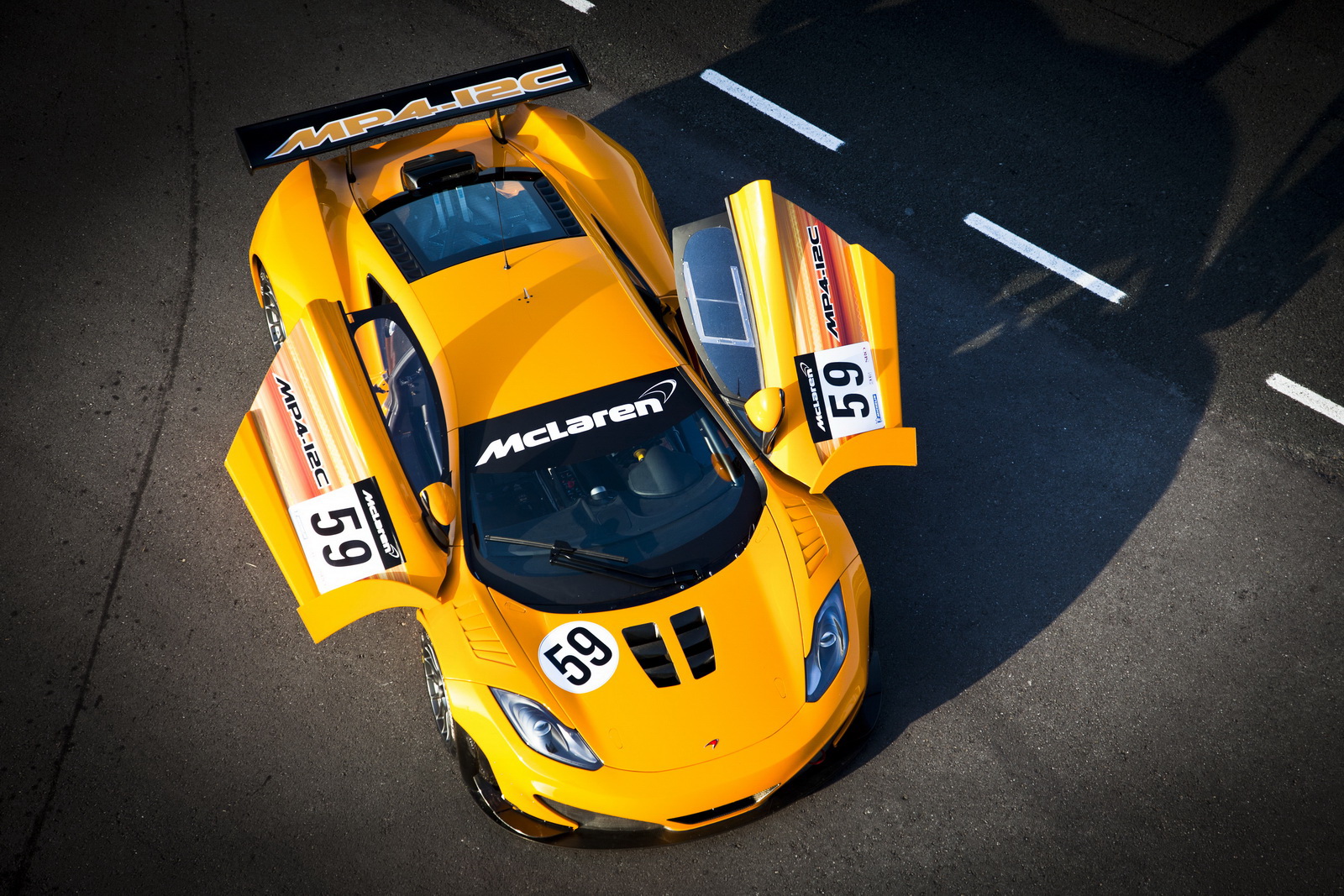 The British company however is a racing focused one at heart so the racing version, a vehicle called the McLaren MP4-12C GT3 is already on its second edition.

This revised racer needs a bit of exposure and awareness before it will tear up the race tracks and the Goodwood festival of speed is scheduled for this weekend. Coincidence?

Doubtful, but at least McLaren’s racing team put their act together in time so the good people who attend Goodwood, mostly British, get to see and hear their country’s finest run up the legendary hill.

Since the original debut you’d expect that this McLaren MP4-12C GT3 would have gotten a few tweaks here and there, stuff like suspension adjustments and aerodynamic details being taken care of.

That’s not really the case, McLaren’s engineers have been seriously toiling away at making the GT3 car as competitive as possible. Updated aspects of the racer include a new radiator and gearbox cooler, a completely new design for most of the aerodynamics at the front and overall, an immense amount of carbon fiber body work.

At the front, the new front splitter, copuled with louvered fenders and a special door blade was designed to work in perfect conjunction with the rear wing and diffuser to create an optimal amount of downforce and stability at the great speeds the McLaren MP4-12C GT3 will be running at.

Also critically important is how McLaren will be having 20 units of the MP4-12C GT3 racer ready in time for the next GT season start and none of them will be run by a factory supported team.

Even so, the Woking based manufacturer will have their hands full to such an extent that in order to prep these 20 privateer prone cars they’ve begun a collaboration with the CRS Racing Team.

On the basis of this agreement tech support and various other forms of company contact for the privateer racers will be handled by the newly founded McLaren GT division.

Those of us who aren’t lucky enough to see the revised McLaren MP4-12C GT3 at full blast going up the hill at Goodwood can still rejoice in this announcement because we’ve been given a new batch of photos to enjoy.

By the way, If you’re that in tune with the theme to call the steering wheel familiar, you should know it’s the same as the one in the McLaren MP4-24 Formula 1 car.