Camaro ZL1 Is All About Performance 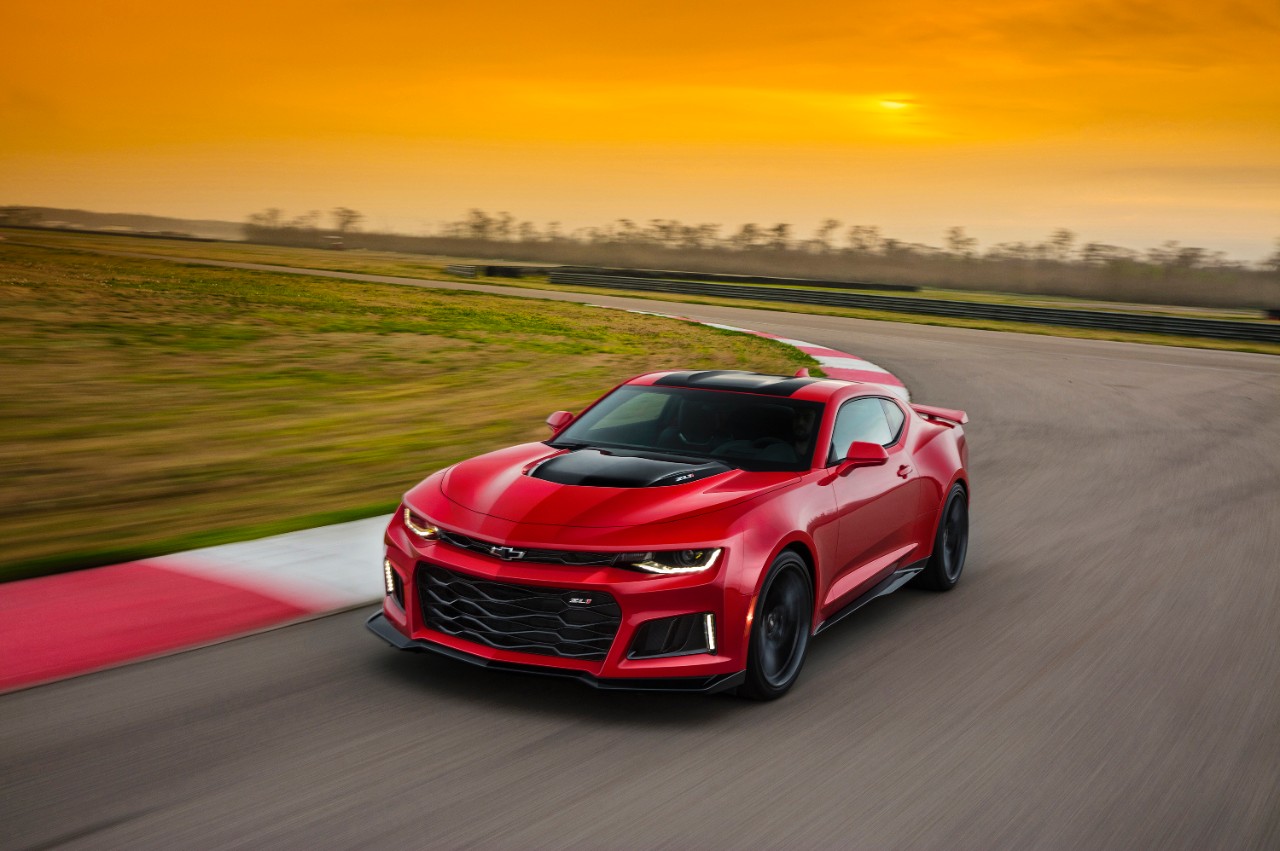 After the 50th anniversary Camaro was announced, the American muscle car shows all its rage, with an aggressive edition: the Camaro ZL1.

It doesn’t limit itself at showing its frightening body. It fearlessly challenges any sports coupe in its class! The 640 hp delivered by the supercharged V8, 6.2 liter engine makes the European 2 liter brother look like a joke. The huge amount of power is emphasized furthermore by the lightweight, stiff body and Magnetic Ride active suspension, for both straight line acceleration and handling in fast corners. Add the electronic limited-slip differential and the 868 Nm of torque and you have the image of a muscle car that handles like a racing coupe. The question is if it should be chosen with the 6-speed manual transmission or the 10-speed automatic one. The purists will go for the manual, while the tech-oriented customers will probably pick the automatic one, for its optimized capacity of keeping the engine at optimal torque rpm, mainly when exiting fast corners. More, the whole powertrain is suited for both road and track, so there’s no need to buy an extra package to race the car. I’ll only mention here the 11 heat exchangers…

Buying the ZL1 won’t bring only top dynamics, but also “what-on-earth-is-that” looks. However, keep in mind that none of the body elements is design to look aggressive, but to maximize the car’s aerodynamics and grip. The exceptionally-muscular aspect is only a bonus. Let’s take, for instance, the 20 inch wheels: they are 305mm wide in the rear axle and leave uncovered the 15.35 inch Bermbo brakes. Or the huge front grille, meant to allow the cool air run without restriction through the engine bay, before being released through the hood’s carbon-fibre heat extractor.
The conclusion is that the new Camaro ZL1 has been engineered to maximize every performance aspect: it’s over 90 kg lighter than its predecessor, while offering 60 hp and 108 Nm of toque more. It’s a true racer on the public roads.