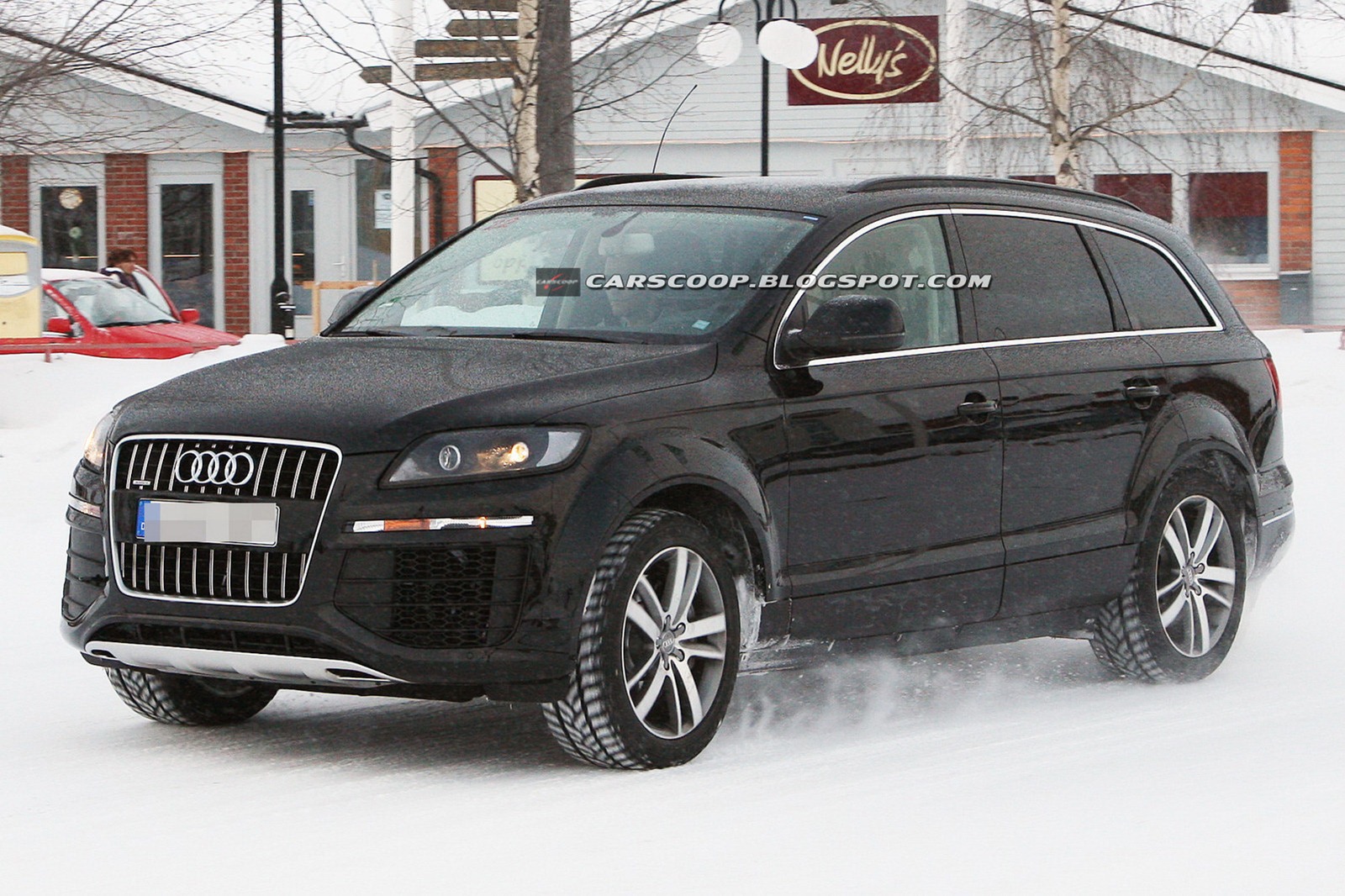 Widely regarded as one of the ugliest and most cumbersome SUVs out there, the Audi Q7 has its fair share of problems.

Despite them, it’s been a great selling model and the Ingolstadt based company is anxious to introduce a new version as soon as possible.

Desire is one thing, development and testing are totally different so don’t expect the next generation Audi Q7 to pop up just around the corner.

Long before that can happen we’ll have to spy on the Germans to see just how far along they are in the development process.

As photographers report, right now they’re pretty far along on the underpinnings since a test mule wearing the current model’s skin has been spotted.

From what we can tell so far, the changes aren’t going to be minor; the track has been widened, with wheels being so pushed out that they require new fenders at the front and rear as well.

It also seems that the overhangs have gotten slightly shorter. In other words, the wheels are being pushed towards the edges which is always a welcomed dynamic change.

Don’t think however that the Audi Q7 will start going off-road like Land Cruisers or Range Rover. This is a sign that VW is experimenting with its platform once again.

The next-gen Audi Q7 is likely the first contact we’re going to get with the same chassis design that’s to be found under the Bentley and Lamborghini SUVs which are coming up a couple of years from now.

As it is, the next version of the Q7 should be introduced next year as a 2014 model.