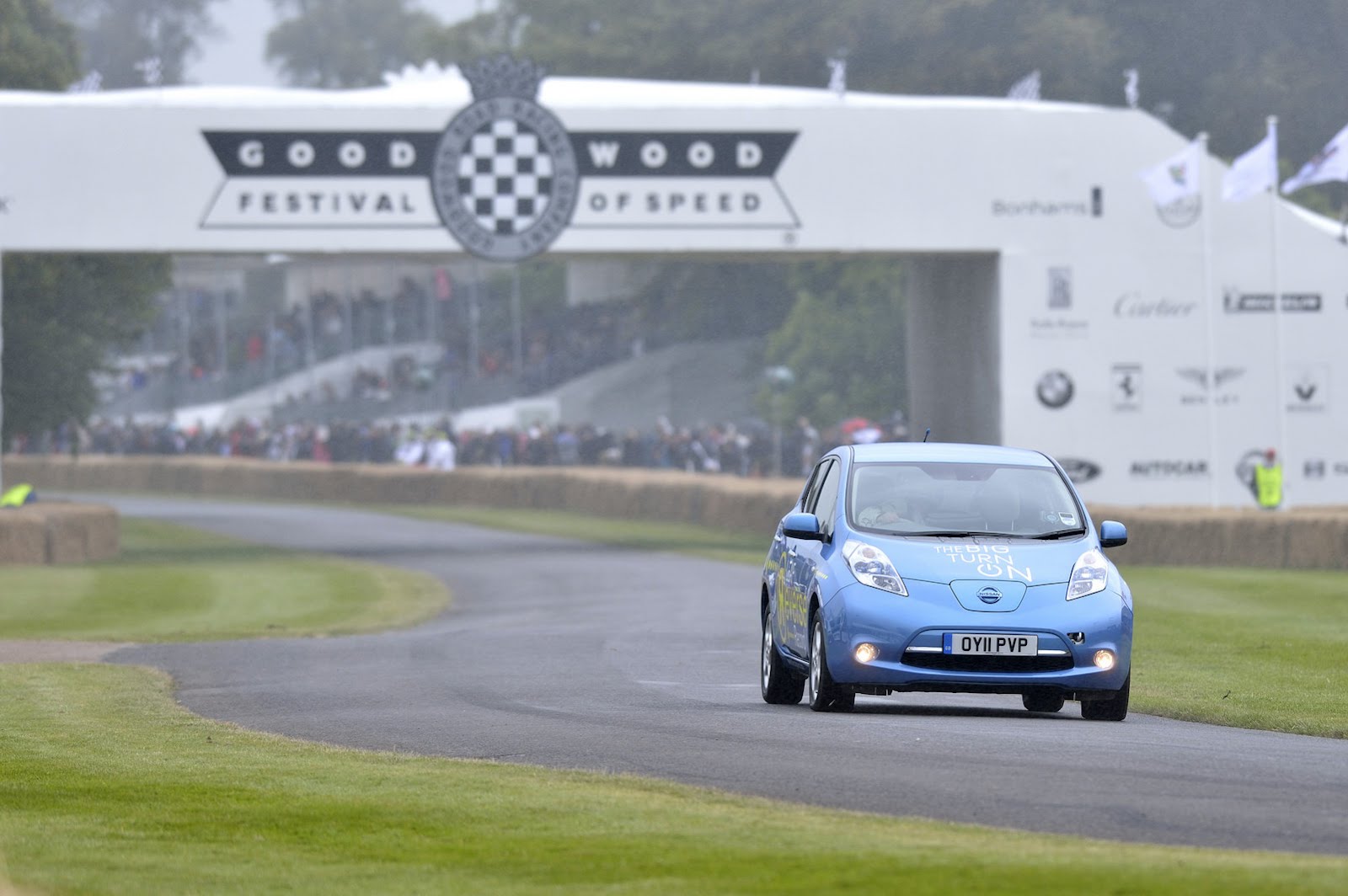 Of all the things the Nissan Leaf gets praised for, speed and performance isn’t really one of its strong points. Yet it set itself a new record for speed.

It really did happen and it took place at the infamous Goodwood Festival of Speed this past weekend. The Leaf EV set a new record for going up the hill.

Sounds kind of implausible given the incredibly fast machines that have went up the special road but it’s true, even if there’s a bit of a catch to it.

Therefore, setting this new record was merely a matter of connecting to the car’s computer and disabling the reverse limiter.

Once that was done, Nissan handed the “tweaked” Leaf EV over to the capable hands of professional stunt driver Terry Grant.

He managed to send the car up the hill backwards in 2 minutes and 3 seconds. After a couple of practice runs like that, he finally set the record.

By the time he was done, the Nissan Leaf was going up the Goodwood hill backwards in as little as 1 minute 37 seconds.

That sets the record run at an average speed of 55 mph throughout the distance of 1.16 miles.

Alongside the weird idea Nissan also brought the Leaf NISMO RC and the GTR GT1 racer to Goodwood.