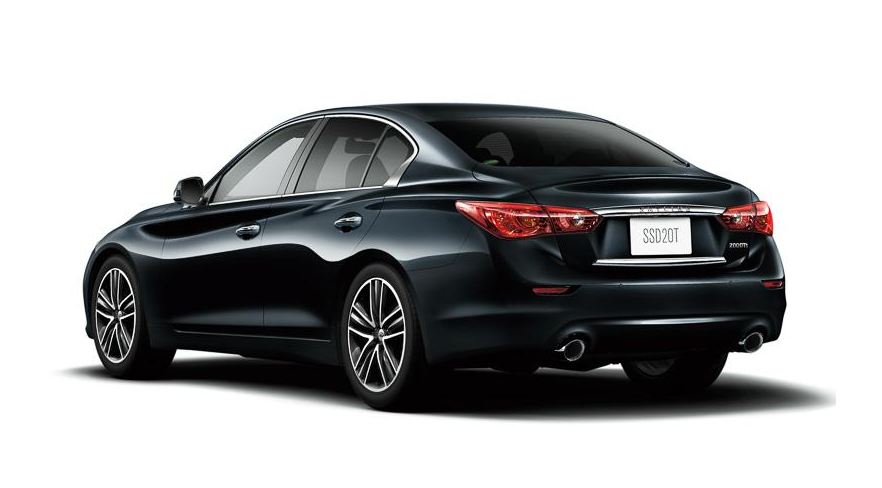 Fuel economy figures are rated at 31,9 mpg US or 7,3 liters/100km in the JC08 cycle. A start/stop system is fitted on this turbocharged engine borrowed from Mercedes in order to improve the economy.

Other systems such as an electro-hydraulic power steering, Direct Adaptive Steering and an improved rear suspension are available as well.

Nissan also points out that the new model offers a luggage space of 500 liters. Official pricing for the Nissan Skyline 200GT-t starts at ¥3,834,000.