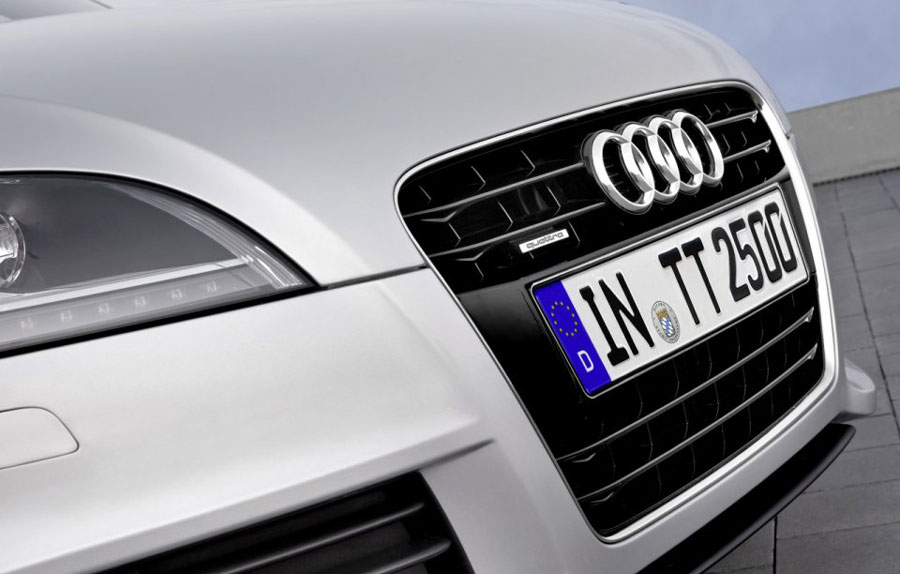 Audi revealed the official photos and details for the facelift version of the TT coupe, but the changes are not many. The most important novelty is the appearance of the TFSI engine of 2.0 liters and 211 hp.

Audi released today the first pictures and informations about the new TT, a model that comes to aesthetic change the German’s Compact Coupé range through several minor changes. In fact, the changes are so subtle that they appear to be not existing for an uninitiated.

The changes refer particularly to the front, where appear a discreet modified grille bar and LED lights located in front which serve as daylight. In the rear, Audi designers have added some thicker exhaust pipes and a diffuser with a subtly changed shape. Audi TT also slightly increased in size, reaching 4187 mm, 7 mm more than the original version.

Under the hood, Audi engineers come with the 2.0 liter TFSI engine capable to develop 211 hp, which replaces the previous 200 hp engine. It is available, on request, both with S-Tronic transmission, and with quattro all-wheel drive system. Other units available on TT are the 1.8-liter TFSI engine developing 160 hp and the 2.0-liter TDI capable to develop 170 hp, but they come with improved fuel consumption and emissions.