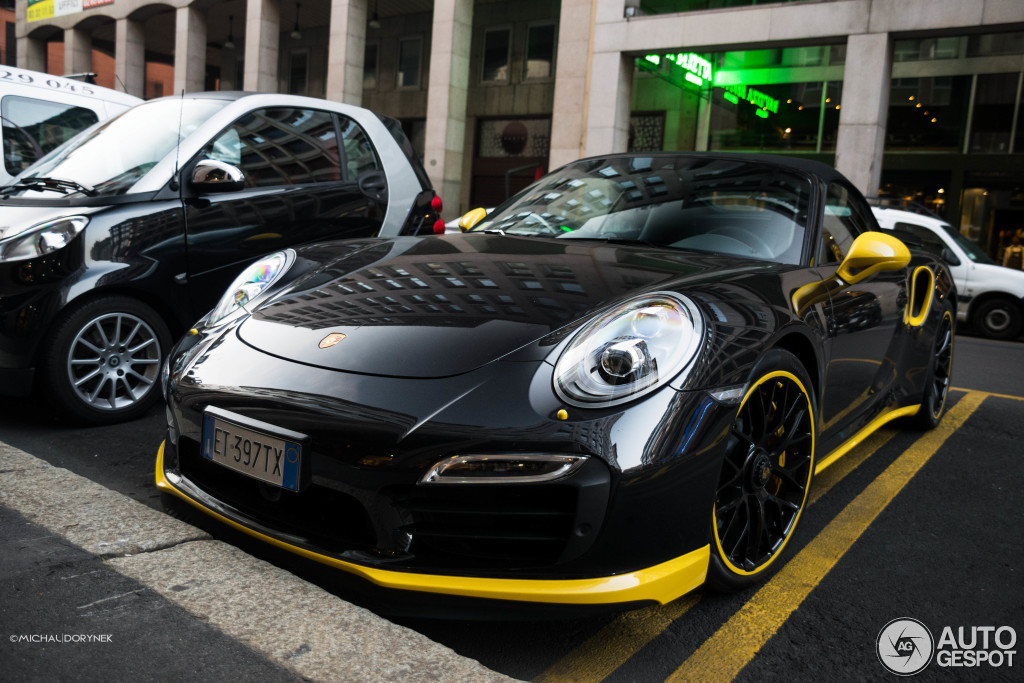 A gorgeous customized Porsche 911 Turbo S has been recently seen while cruising the streets of Milan, the model being the main attraction of the tourists passing-by.

We are not sure if this is the work of the carmaker`s special tuning division Porsche Exclusive or the skillful hands of some aftermarket specialists, but whoever did this, can be really proud with the masterpiece.

As we can depict from the photo gallery, this Porsche 911 Turbo S is coming with a pure black body wrap with yellow accents on the front, sides and rear end, which make it an exotic ride.

The exterior color is complemented by the new body parts, consisting of custom front spoiler, side skirts, mirror caps, side intakes or rear diffuser. A set of new blacked-out wheels with the same yellow accents are shaping the car`s personality.

As expected, the interior of this 911 Turbo S has been also adorned with the same yellow accents along with other sports features.

We are not sure if there were any mods carried out under the hood, this 911 Turbo S might packing the same 3.8-liter flat-six unit, capable of producing no less than 560 horsepower and 700 Nm of torque. This would be enough to sprint from 0 to 100 km/h 3.1 seconds, at a topping of 318 km/h.