Porsche Cayenne gets tuned up by TopCar 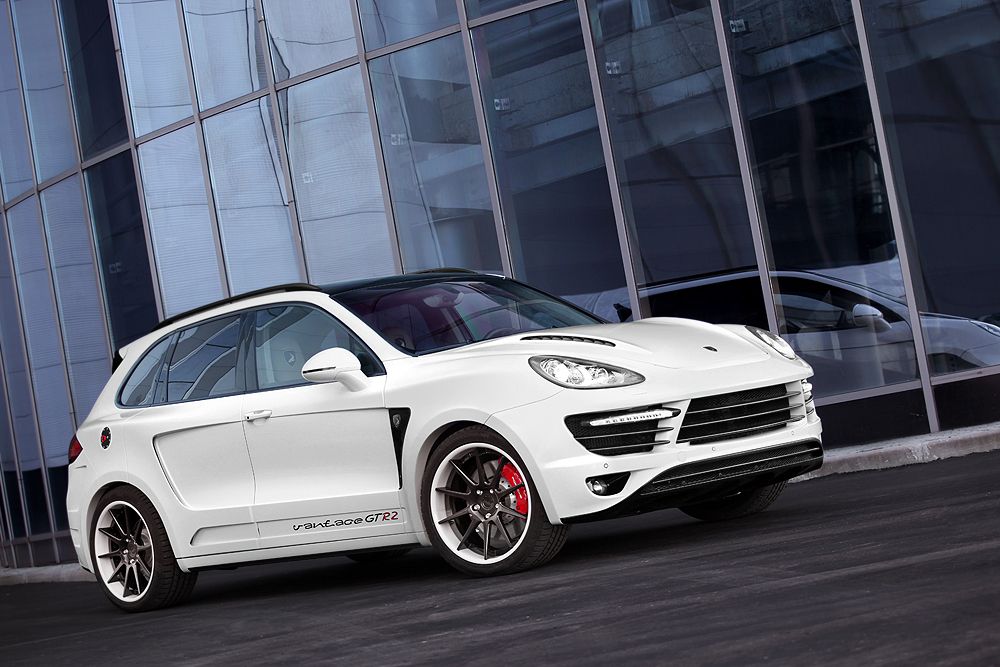 We always hear of German tuning companies and various other “technical” nationalities and their successes.

This isn’t the sort of information that easily falls to hand, this is a Russian tuner’s attempt at this sort of work.

The optimist in question is TopCar and their first task was doing up the Porsche Cayenne.

Their new creation is the Porsche Cayenne Vantage GTR 2 and while it’s already been displayed at the Essen Motor Show it’s only now that we have some solid information on it.

Mind you, solid is a pretty uncertain term for the Russians as we’ve been told that the engine in the Vantage GTR 2 develops between 550 and 750 horsepower.

That’s all very nice but we don’t have any information on exactly what mods make this sort of performance available.

The good thing about those interested in a Porsche Cayenne in Vantage GTR 2 spec is the fact that TopCar plan on making only 50 units of it.

If the technical information is close to none the visual department is slightly better off. The Vantage GTR 2 tune-up involves a new complete body kit and a new set of wheels.

While we know the body kit includes everything from front bumpers to rear diffusers and that materials such as carbon fiber and kevlar have been used, we only know it because we’ve seen them on.

To be fair, it seems that tuning scene new boys TopCar have put together a great car. It’s just that they need to learn how to put together an equally impressive press release and they’ve got everything nailed.