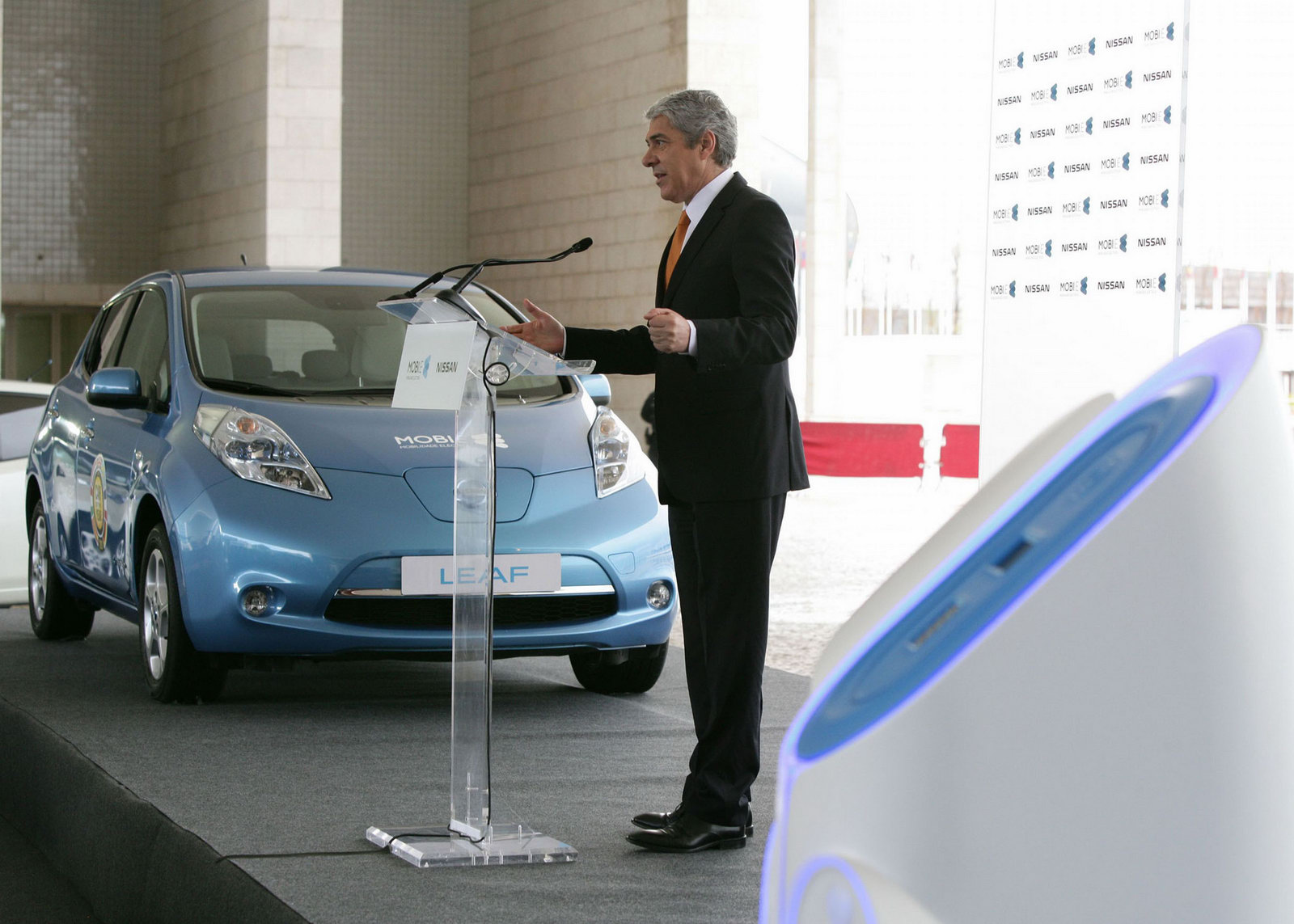 As with any new technology, there are followers and non believers. The Nissan Leaf offers up just this sort of technology.

The controversy levels will soon change as the first politician of major importance has taken delivery of his Nissan Leaf.

The man in question is Portugal’s Prime Minister and at his latest press conference he announced that he will actually be using his Nissan Leaf for official business.

Jose Socrates has actually received a fleet of 10 Nissan Leafs. The EV fleet makes up the first 10 units of the Nissan Leaf ever to be shipped to Europe.

The Leaf EV entering service is actually more than a political installment. It’s actually a congratulation to Portugal for its pioneering work in the electric mobility field with the MOBI.E Programme.

Another important aspect of Portugal being the first country to implement a nation wide charging network, hence the MOBI.E connection.

Since there was some politics involved, along side some speak of the new Nissan Leaf we’ve found that Portugal prides itself on it’s electrical grid.

The Portuguese electrical network generates 45% of its capacity from clean sources.