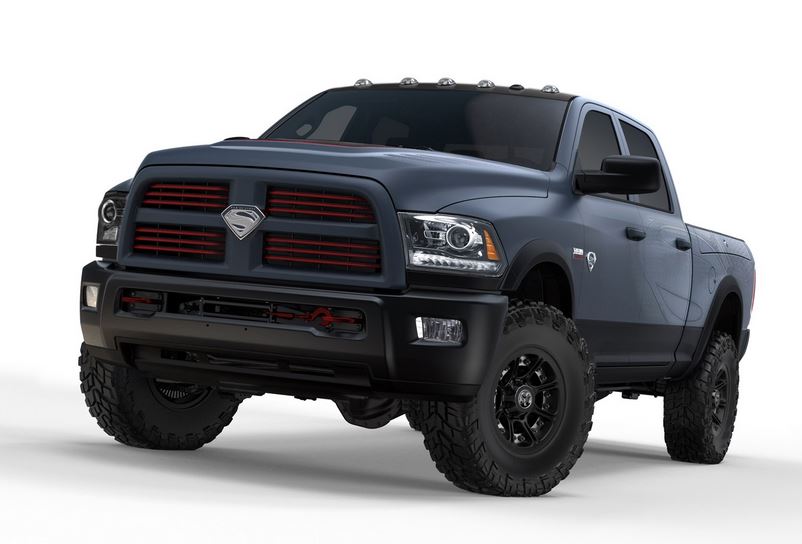 If you know just a bit of movie / cartoon / comics lore about Superman, you know that he was also known as the Man of Steel.

Inspired by and dedicated to the superhuman hero and the next movie to be released, Ram built a one-off Ram 1500 Power Wagon.

The debut of this “Man of Steel” Ram truck will be on June 10, at the world premiere of the movie, and after that, those interested on it, can have a nice bidding war to take it home. The truck sports a Dark Ceramic Gray paint, with a red grille and a Superman symbol on the front, all hinting at Clark Kent’s alter ego.


More of the same can be found on the inside, with other logos and even meshes that reminisce of Superman’s suit. The seats are draped in Pewter leather and red accents can be found anywhere.

The Ram 1500 “Man of Steel” Special Edition did everything right and managed to represent the theme quite well. The price of this unique truck will depend very much on the success of the movie and how big and rich its fans are. Just make sure you don’t hit any kryptonite in it.