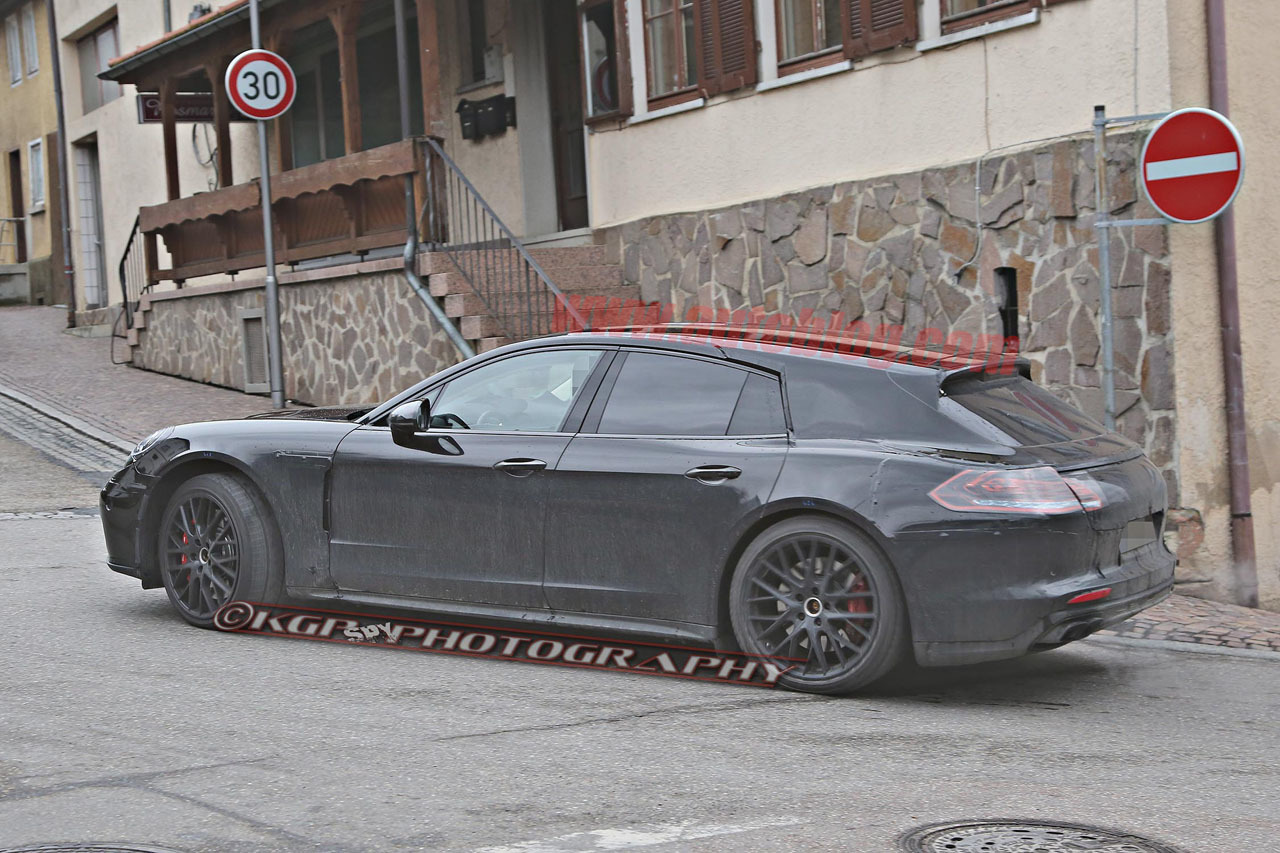 The philosophy behind this study is that a sport car doesn’t necesarely have to be small, cramped and defined only by how many horsepower the engine develops. It should be great to look at, thrilling and roomy, to share its performance with your friends and family. There are other examples of cars following the same philosophy: Audi A7, BMW 6- series Gran Coupe and Mercedes-Benz CLS Shooting Brake. Panamera Sport Turismo concept’s visual impact was impressive: is was shorter, wider and lower than the Panamera.

That made it look strikingly muscular, but though initially it seemd that the exterior dimensions will remain the same for the production model, I’m not so sure anymore. It may share the front-half with the future Panamera, therefore sharing its height, it could be as long as the sedan and maybe just a little wider. Good news: judging by the latest spy-shots, this model is under testing procedures as you read this article, probably following the 2017 Panamera in production.

We can expect to find the same differences like those between Mercedes CLS and CLS Shooting Brake: a bigger headroom in the back and a greater trunk volume than at the 3 volumes model. The engine range will probably be the same as the one from the upcoming Panamera, including normally-aspirated and turbo gasoline engines, diesels and a hybrid (probably the upgraded version of the actual V6-3 liter engine). Same story to the interior style, which will be probably borrowed from the 2017 sedan. Panamera Sport Turismo is expected to target the families interested in a 4 doors Panamera, but needing more interior and luggage space.