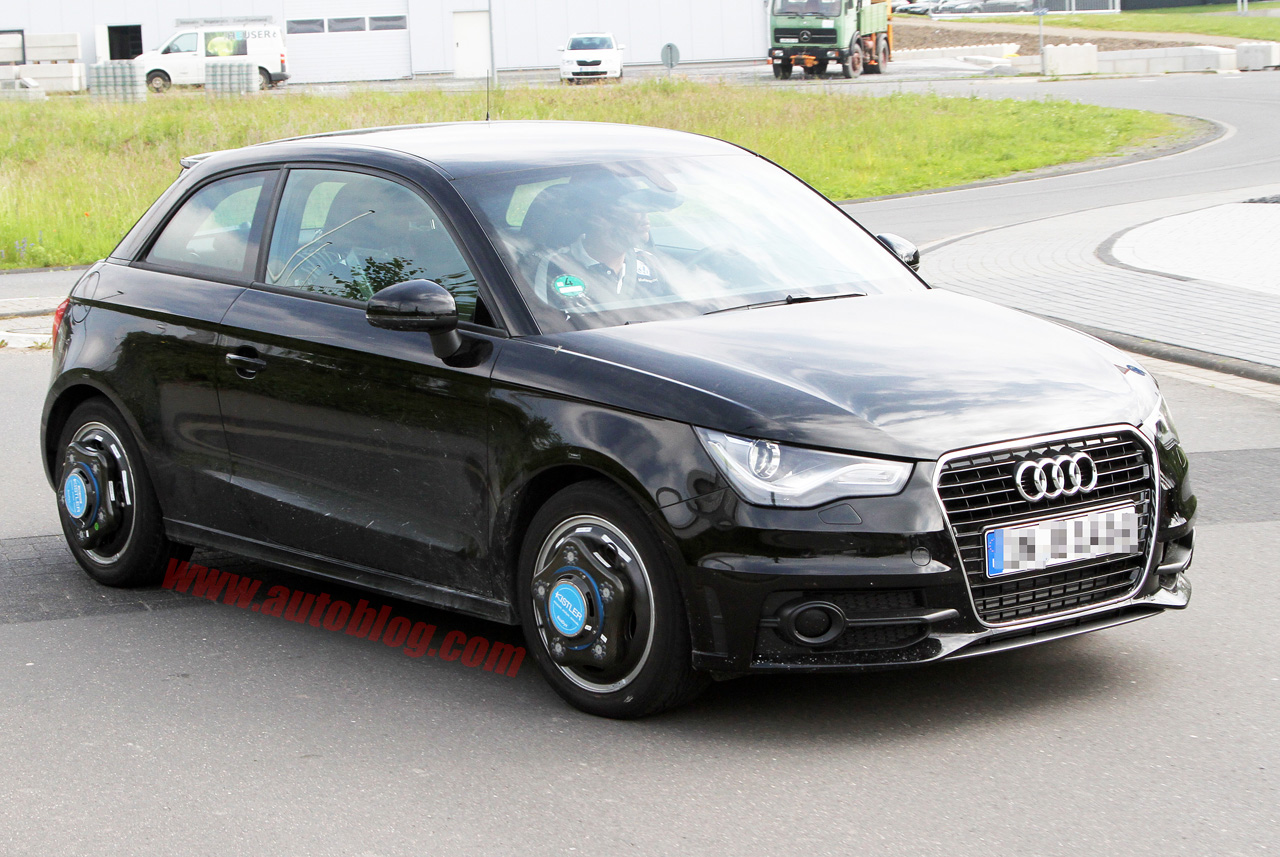 Here’s an interesting set of spyshots. Unlike most of them, we don’t really know what this car is.

This is even more unusual considering the fact that we’re almost certain what model it’s based on. The shots are obviously of an Audi A1 derivative.

The real question here is what derivative that would be rather than the more traditional “when is it being released already?”.

We already know about the Audi A1’s regular spec versions, we’ve already seen the pumped up Audi A1 Quattro version which would be out on its own, what is this then?

It could be an Audi RS1 model but it does seem to be missing out on the usual top end paraphernalia that comes with that setup, nor do you get the aero tweaks of the Quattro specific A1.

The only remaining option is that this is the Audi S1. That’s a more powerful version of the Audi A1 that doesn’t stand out as easy as an RS version.

Unfortunately that also means that this new Audi isn’t likely to be as powerful or fast as the Quattro model. That’s a decently good time idea since this version will almost certainly be two wheel drive only.

Under the bonnet of this car a 2.0 liter turbocharged four-cylinder engine will most likely live and it will push out around 220-230 horsepower.

That seems like just about enough since front drive cars tend to have problems when facing more than that unless some special differentials are involved.