Spyshots of the 2012 Mercedes SLK released 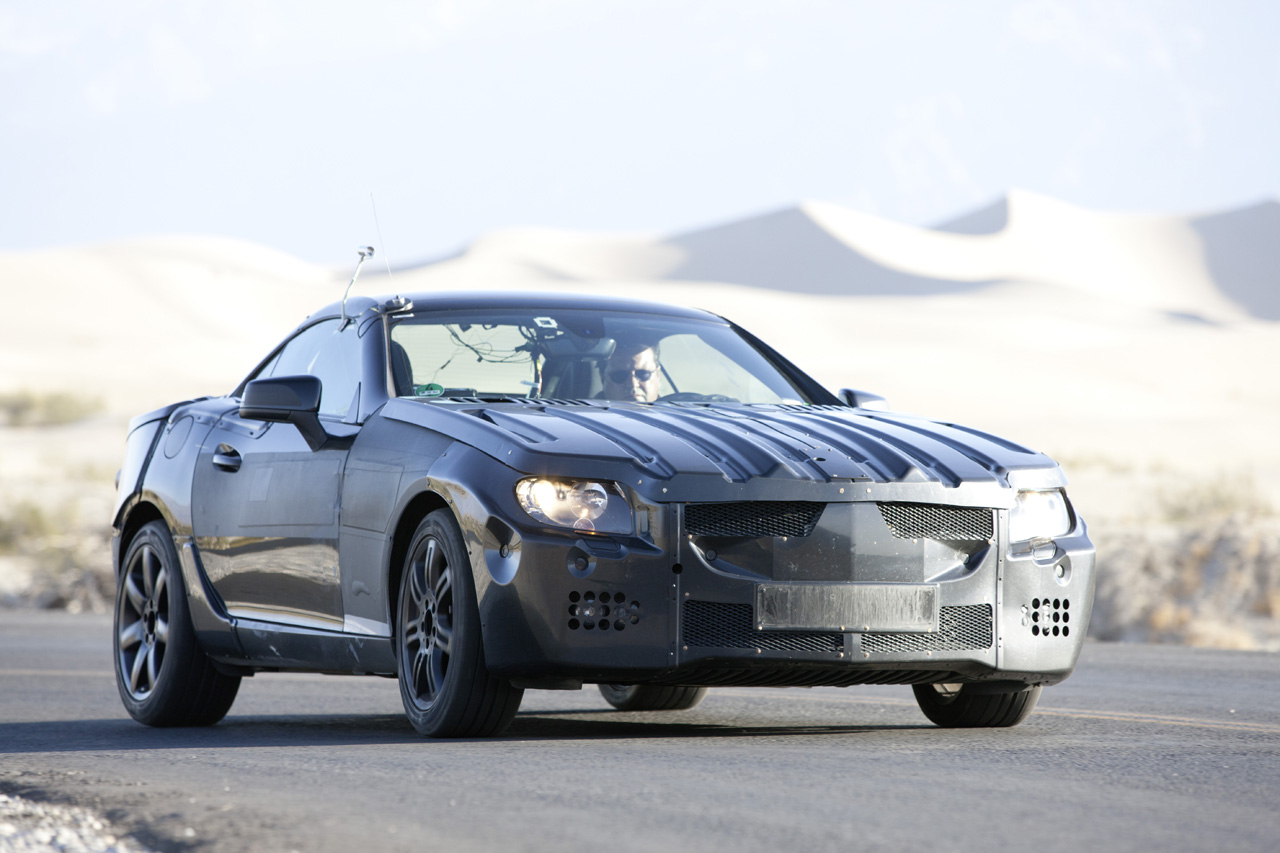 What we have here is a selection of tasty petrolhead photography that features some of the 2012 Mercedes SLK.

The relatively curios bit of the equation is that these photos weren’t snapped by some specialist photographer on the hunt. Oh no, these spyshots were released by Mercedes themselves.

That is a bit of a rare to very rare occurrence and we’re glad it happened as spyshots rarely come in at such a great level of detail.

The pictures of the 2012 Mercedes SLK were taken while the car was in testing over in the infamous Death Valley.

The thing is, the 2012 Mercedes SLK wasn’t tested over there for the cooling, for the air conditioning capabilities and such but because of a totally different reason.

Mercedes was testing the 2012 SLK’s so called “Magic Roof”. The Magic Roof of the SLK doesn’t refer to it being able to disappear into the boot but a rather more interesting feat.

The new Magic Roof you’ll find on the 2012 Mercedes SLK is made of glass and has a special trick up it’s sleeve, it can automatically be tinted to control how much light shines through the roof.

Probably using an automated system of what we first say in the Mercedes Maybach this technology is intended to help do away with that feeling of having your car parked on a sunny day for 15 minutes and when you get back you find there’s a million degrees in it.

Pretty nifty but it’s unlikely for us to be seeing the new SLK anytime soon in a relatively final shape.